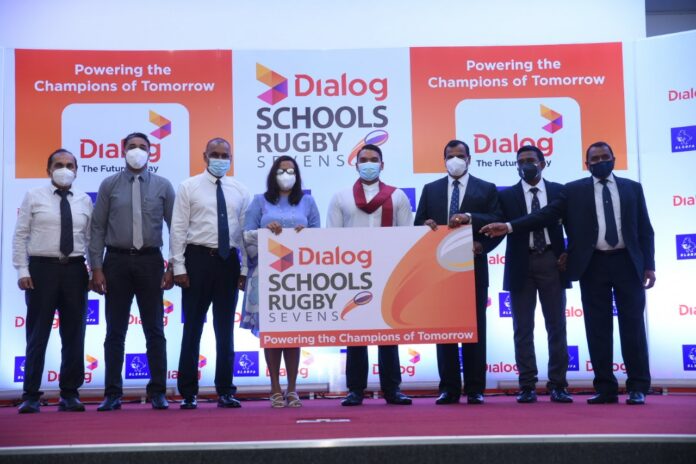 School’s Rugby is set to make a return after the extended hiatus, forced by the Global pandemic, with Dialog Schools Rugby 7s organized by Sri Lanka School’s Rugby Football Association (SLSRFA), kicking off this weekend with the Western provincial competition. The Inaugural school’s rugby competition after the pandemic was officially launched today(15th) at the Sports Ministry Auditorium.

Opening competition of Dialog Schools Rugby 7s, Western province competition will feature 22 teams who will be divided into two segments according to their rankings in the previous year.

Day 01 (18th) will feature Ten teams of Segment B will be divided into four groups with the Group winners advancing to the Cup/Cup Plate Semi Finals. Group Runners up will compete in the Bowl/Shield Finals.

On Day 02,  Segment A competition will feature 12 top teams of the western province locking horns against each other for Cup, they will be divided into four groups of three with the Group winners advancing to the Cup/ Plate Semifinal. Group runners up will compete in the Bowl Semifinal while third seed of the group compete in the Shield semifinal. 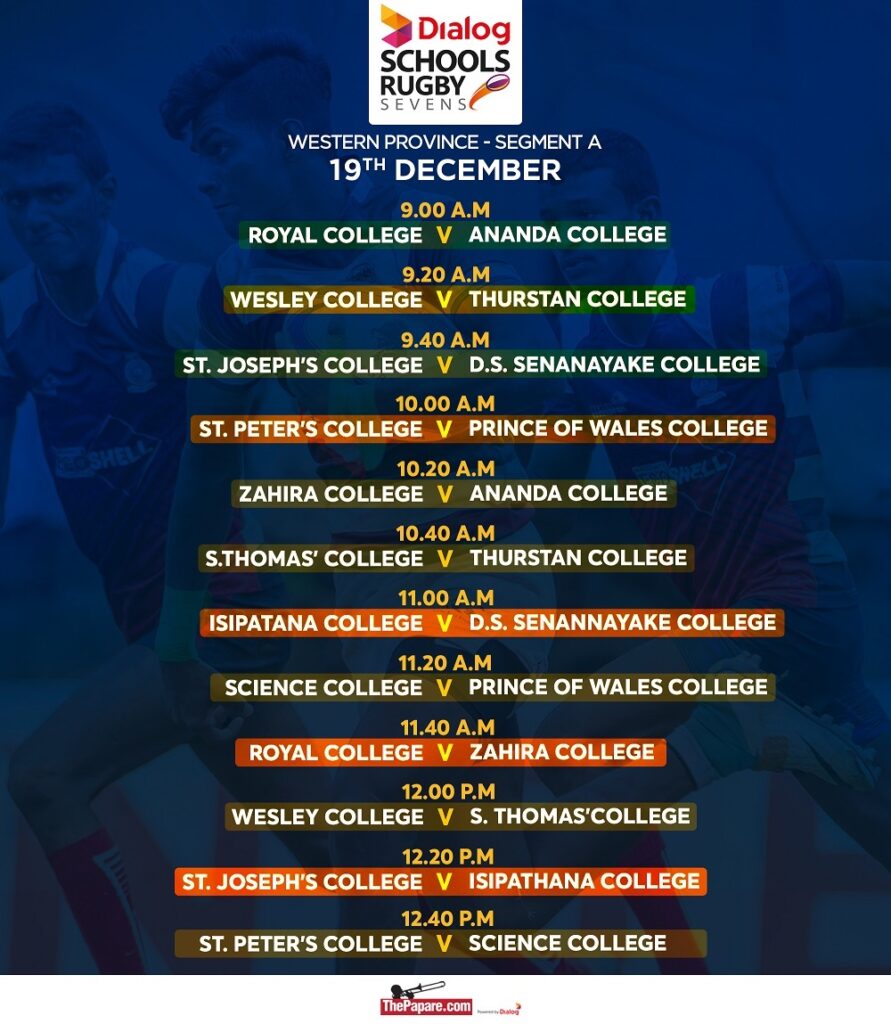 Sri Lanka’s #1 Sports Hub, ThePapare.com will be bringing you live action, photos , results & updates of Dialog Schools Rugby 7s which will mark the much awaited return of schools rugby in the island.