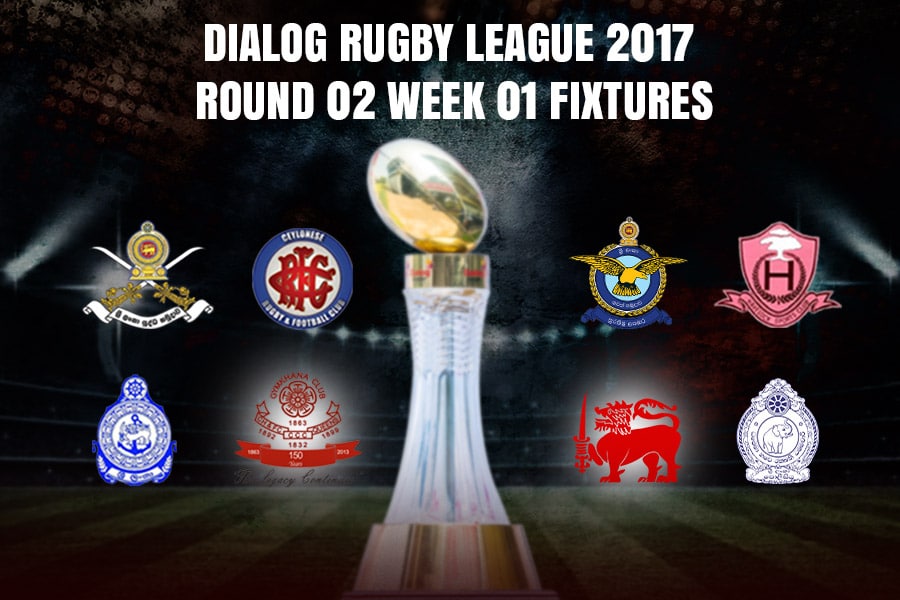 After an intriguing first round & Christmas, the Dialog Rugby League returns with some mouthwatering fixtures to kick off the second round (week 8).

Two teams with contrasting results from the first round will meet to kick off the second-round proceedings with hope to bounce back and consolidate their respective positions.

Hosts Army, without a ground of their own are forced to play this game at Havelock Park while CR will surely need an uplifting win to keep their second round hopes alive after a rubbish first round.

For Army, it’s their opportunity to build on their first round exploits and cement that third position finish but they will be hoping that they aren’t hungover by the Christmas break.

CR will hope returning flanker Taariq Saleh will inspire their lackluster forwards who were completely outplayed in their previous fixture at Longdon Place.

Meanwhile Army will be reliant on talismanic flyhalf Ashan Bandara. He has been in the form of his life and will look to direct the traffic at Havelock park.

Coming in with recent form, Army are favored to clinch this one, however, with the quality CR & FC boast, we cannot write them off.

Hosts Air Force have not had the best first round meanwhile the Park club ended the round in second place.

This will be an uphill task for Air Force and they will be hoping to better their first round drubbing in the return fixture at home.

The Havies came close to grinding out a win against big guns Kandy in their final 1st round fixture but unfortunately found themselves on the losing side due to lack of a plan B & C.

Rumours suggest flanker Radeesha Seneviratne could be on his way out before the end of the season which will be catastrophic for Air Force. For the Park club, they will be looking to build on their exploits as they head into the first game of round 2.

The visitors come in as clear favorites but with home advantage at their back, Air Force are not a team to underestimate.

The return fixture from the last game of the first round for both teams, and a chance of redemption for Navy as they host CH at home.

CH scrapped their way past Navy in the previous game but this will be a whole different test as they travel down to Welisara to take on the Sailors.

Samuel Maduwantha has been CH’s key man time and time and this is another opportunity for the youngster to shine, away from home.

For Navy, they will be highly reliant on their heavy forwards. The Sailors defense has been the highlight this season and if they are to get revenge in the return fixture, their defense will need to be up to the mark.

With home advantage at their backs, Navy are tipped to win this balanced fixture but CH have shown throughout this season that they are there to compete.

The final game of the first week of round two, Police will travel uphill to take on favorites and high-flying Kandy.

Barring any catastrophe, Kandy have all but secured the title at the end of the first round, having ended unbeaten.

Languishing at the bottom, Police SC’s task only gets tougher as they seek their first win of the season.

Kandy will come into the fray with the intention of not giving away anything and are out and out favorites to cruise past Police in this encounter.

ThePapare’s Most Popular Club Rugby Player is back!

Sri Lanka’s Club Rugby foreigners, where are they now?