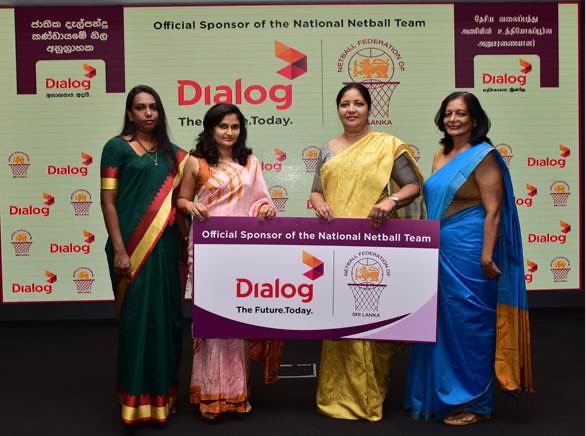 Sri Lanka’s premier connectivity provider, Dialog Axiata PLC has reaffirmed its commitment to support national sports by coming forth to extend its corporate backing to the National Netball Federation of Sri Lanka till the year 2024.

Netball is a widely played sport is Sri Lanka with an active participation of players who partake in the schools, club and national levels. The National Team has consistently performed well at the Asian Championship and at present are the reigning champions.

Dialog first entered into a partnership with the Netball Federation of Sri Lanka (NFSL) in 2018 and over the years have continued their support to uplift the game and develop the champions of tomorrow by sponsoring the National Junior and Senior Netball Championships.

“In the last few years despite the challenges we faced due to the COVID-19 pandemic we conducted the National Senior Championship which would not have been possible without the corporate backing of our sponsor, hence the National team is at a state of readiness to defend the Asian title. I would like to thank Dialog Axiata for extending their partnership to support the sport of Netball in Sri Lanka,” Victoria Lakshmi, President, NFSL said.

‘As a supporter enriching Sri Lanka sports and developing the champions of tomorrow, Dialog is pleased to continue with our partnership with the NFSL. The national netball team has continuously performed in the Asian circuit and I’m confident the team would continue this momentum at other international tourneys as well,” Ashani Senaratne, Head of Marketing, Dialog Axiata said.