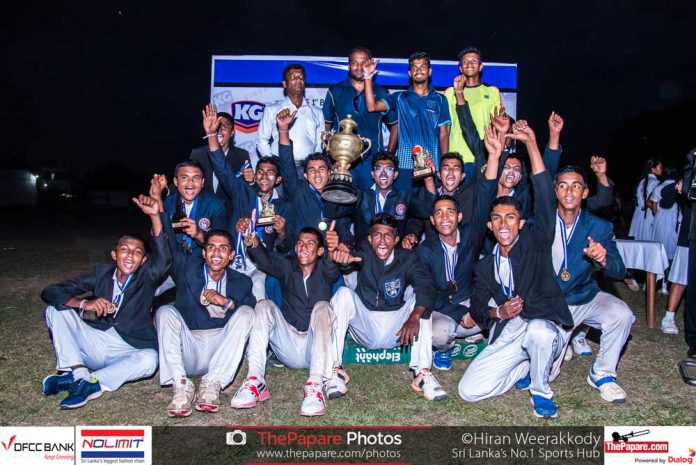 Dharmasoka skipper invited Sri Devananda lads to bat first on a dry surface in Moratuwa. Devananda kept losing wickets at regular intervals as they were restricted to a modest 167 all out in 44.2 overs.

Sohan De Livera was the top run-scorer for Devananda with a half-ton, while Nimesh De Silva chipped in with handy 42 runs. Sokian bowling was excellent as Akila Mendis claimed 3 for 23, while Lohan De Soysa, Naveen Rasanga and Dinuka Dilshan supported him with 2 wickets each.

In reply, the Sokians started off strong as they reached the target and build on a lead as they ended the day on high with 182/4 at stumps. Kavindu Nadeeshan and Nimesh Mendis stroked half-tons and more importantly Mendis was unbeaten going in to second day.

Devananda bowlers were disciplined in the morning of the second day as the Sokians were bowled out for 231 after been 182 for 4.

Sandun De Soysa was impressive with the bowl for Devananda with 4 wickets, while Dasun De Silva and Kavindu Rajapaksha chipped in with 3 wickets each.

The boys from Devananda struggled once again in their second innings with 2 quick wickets falling for 30 runs after lunch. However, Devananada could not handle the pressure as they got bundled out leaving an easy target to chase down.

The Sokians needed 79 to win in 17 overs to take the battle of the blues trophy after 5 long years and they ended up reaching the target in a close finish and lifts the trophy to give the honors to their college.