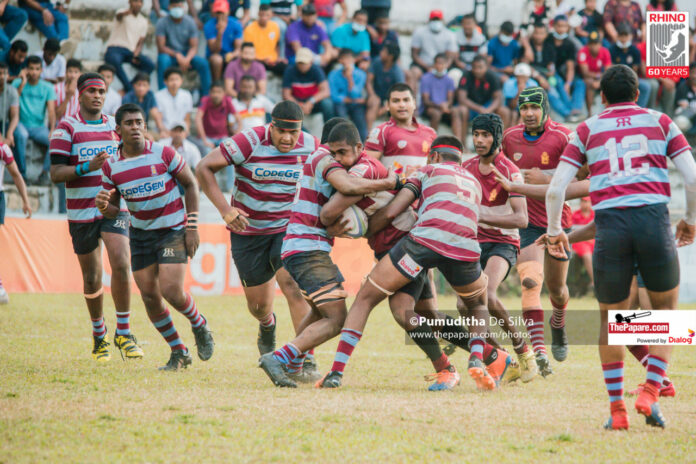 The Dialog Schools Rugby League 2022 – Division 1 Segment A, Group 2A match between Dharmaraja College, Kandy and Science College, Mount Lavinia ended in a 15-15 draw in Nittawela on Saturday.

Both teams entered this game having lost their league opener last week. The visitors started off the game with a converted try after the Science lock Malshan Dewmin charged down a kick. Fly-half Nadun Kaveesha added the extra points. The hosts, Rajans replied with an unconverted try using the short side to make it 7-5.

Both teams tried their hearts out fiercely, but the scores remained the same, 7-5 in favour of the visitors at the breather.

After the half-time break, Rajans took the lead with their winger scoring in the corner. With the conversion done right, the hosts managed to lead 12-07. Saruna Hasitha’s try near the corner-flag brought the scores to level terms on 12-12

Both teams scored a penalty each in the dying moments as the game ended in a tie.