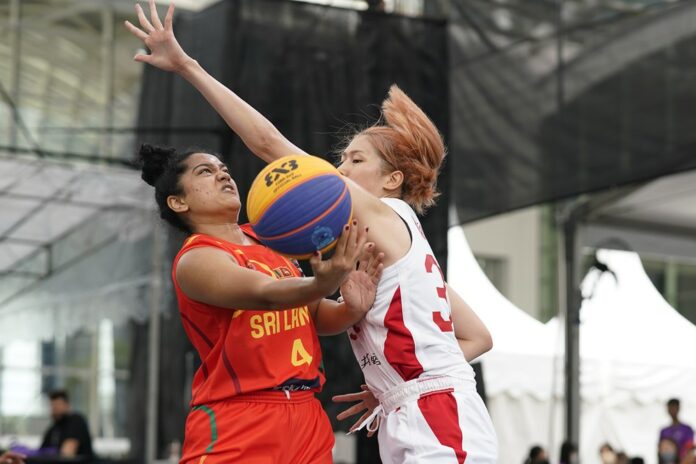 The fourth day of the FIBA 3X3 Asia Cup started off with Sri Lanka going against the defending champs Japan in the quarterfinals.

It was a rather disappointing day for Sri Lanka as Japan dominated the game, winning by a massive margin. Final scores were 22:3 in favor of Japan as they lived up to the hype all throughout the tournament and easily qualified for the semi-finals.

Since the beginning of the match, Japan controlled possession of the game and shut down Sri Lanka with a masterclass in defensive play. The Lankans struggled to find options to advance into the high percentage shooting areas. Japan opened their account with a shot under the basket using their height advantage and from there onwards, it was the Japan show. Even though Sri Lanka was able to attempt a couple of shots despite the heavy defense, they were just air balls, simply forced shots.

Mayu Lucy Kubota top scored for Japan with 7 points and Lubna Morseth was able to make a couple of baskets for SL, while Benika scored 1 point. Skipper Anjalee Ekanayake lost her momentum and did not score any bucket for her team.