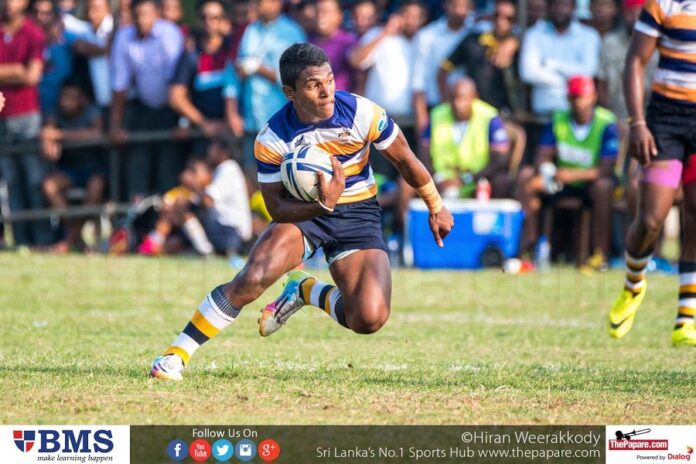 After a long hiatus forced by the pandemic that plagued the entire world, schools’ rugby in the island is set to make a long-awaited return with the Sri Lanka Schools Rugby Football Association (SLSRFA) obtaining the Ministry of Health go ahead for a School’s Provincial Sevens tournament to be worked out in December.

The competition will feature 50 school teams spread across Western, Central, Sabaragamuwa, North Western and Southern provinces adhering to strict health guidelines laid out by the Ministry of Health. All competitions will be held behind closed doors and spectators will not be allowed at the venues.

Speaking exclusively to ThePapare.com, the secretary of SLSRFA Nirodha Wijerama expressed the delight of SLSRFA in being able to restart schools rugby in the country- “We at SLSRFA are delighted that we have received the green light from the Ministry of Health, we will be strictly adhering to all the health guidelines put in place by the health authorities and hope to make these competitions a model for the future competitions on conducting events in the new normal”

Make sure to keep it locked to Sri Lanka’s #1 Sports hub, ThePapare.com as we are dedicated to bring you all developments on School’s Provincial Sevens.