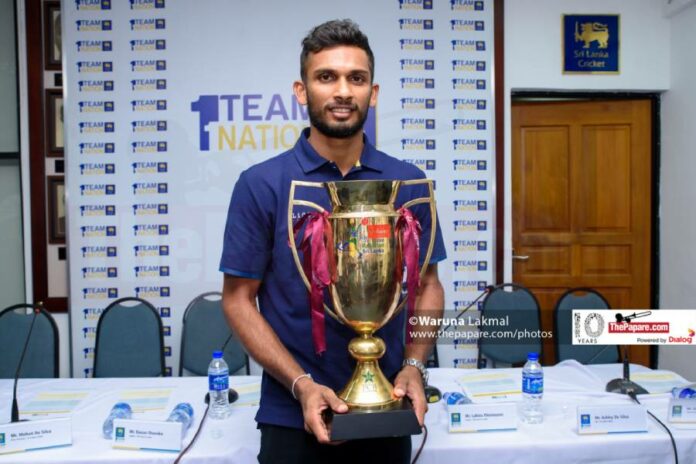 29-year old Shanaka led Sri Lanka previously to a 3-0 win in T20Is against Pakistan in Pakistan in 2019. He was named captain for the West Indies T20 series earlier this year but due to visa issues, Shanaka could not travel with the team on time. Angelo Mathews led Sri Lanka in Shanaka’s absence.

Captaining a rather inexperienced team in Pakistan two years ago, Shanaka was hailed for his leadership skills against the then world number one-ranked Pakistani side. However, he has not led Sri Lanka in ODIs before. Dhananjaya De Silva, the stylish middle-order batsman will be Shanaka’s deputy for this series.

Kusal Perera, who took over as Captain against Bangladesh and England in two away tours, endured a tough time losing 7 matches out of the 9 limited-overs encounters. The selectors have believed to have decided to release Perera from captaincy due to the effect of captaincy on his natural game being the opening batsman and the wicket-keeper of the team.

Sri Lanka Cricket (SLC) announced on Wednesday that out of the 30 players nominated by the selectors for the series, only former skipper Angelo Mathews didn’t sign the tour contract owing to personal reasons. It is on the backdrop of a continuous contract dispute with the board and the players citing a lack of transparency in the points system introduced in grading players.

Sri Lanka will play three ODIs on the 13th, 16th and 18th July, followed by three T20Is on the 21st, 23rd and 25th July. All six matches will be played at R. Premadasa International Cricket Stadium. The Sri Lankan squad will start training on the 10th July (Saturday) having finished the necessary hotel quarantine period after their return from England.