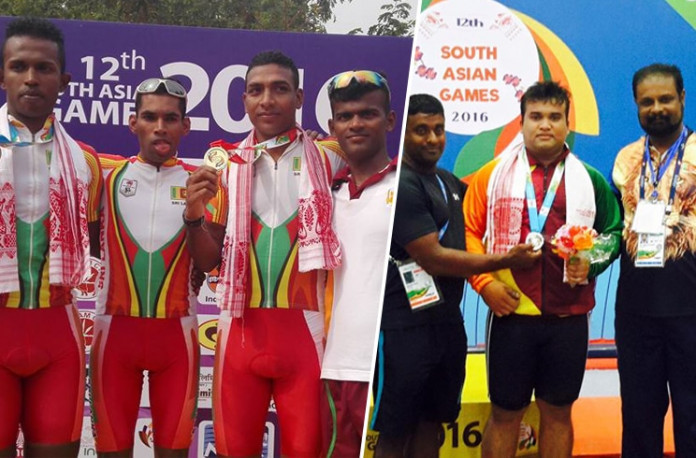 Shanaka Peters won the Silver Medal in the Men’s 105kg weight class lifting 300kg; 130kgs in Snatch and 170kgs in clean and jerk.