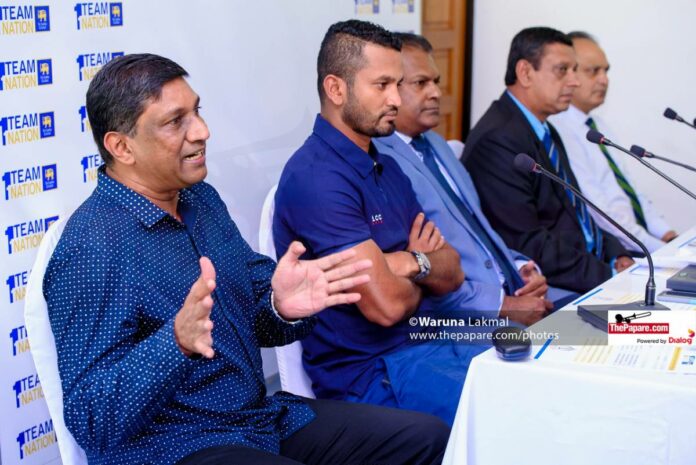 Hindsight is a fine thing but in reality, you cannot go back in time to reverse blunders you have committed. Often, people live regretting the decisions they have made.

There are of course others who have the strength to let bygones be bygones and live in hope to seize the opportunity when they get a second chance. They are often the successful people. Cricket is no different. Ashantha de Mel who paid a heavy price a fortnight ago, falls into the latter category; always looking to learn from his mistakes.

De Mel must be wishing that he acted with a bit more firmness when things were drifting away. In his stints, de Mel has shown the characteristic that he doesn’t interfere too much with the selection of the final eleven. This despite knowing too well that eventually the buck stops with him. He believes that winning the trust of the captain and coach is important for a team to be successful in the long run. The method has worked most of the time.  This time it backfired.

Now that he’s gone, de Mel must be wondering whether he could have done a few things differently. Leaving out Vishwa Fernando, who was in good form after a five-wicket haul in his last game was a blunder? He gave in to the defensive mindset that Vishwa would leak too many runs. The same theory applied in the non-selection of Lakshan Sandakan. In doing so, a golden rule in Test cricket was forgotten; it’s perfectly fine to buy your wickets in Test match cricket.

Often, we have found that in Galle, the second seamer is dispensable. If you analyze, successful Sri Lankan teams have used a lone seamer in Galle, a venue that has been a true fortress for successive Sri Lankan teams. The lone seamer theory was once challenged when the only fast bowler of the team was injured during a game. Since then Sri Lanka have been reluctant to go on that path. Maybe it’s time that they start playing without fear.

As evident in the series against England, the second seamer was not required with the spinners doing the lion’s share of bowling. Picking Niroshan Dickwella at six was too much of a gamble. Ideally Roshen Silva should have occupied that slot with Dickwella going down to seven.

As for de Mel, he will make a comeback; like he has done time and again. Given his skills like spotting talent and no nonsense approach, he has much to offer the game.

Come to think of it, these aren’t actually blunders given what some teams have committed over the years. Here are a few examples.

South Africa were the favourites to win the 1996 World Cup. They were cruising, winning all their games with big margins. When they beat hosts Pakistan by five wickets with 34 balls to spare, they had won five games in a row in the tournament and topped their group. In the quarters, they met West Indies, who were fourth in the other group, beaten by Kenya and down on confidence.

South Africa and their inglorious World Cups exits are legendary. Some of these sorry exits are self-inflicted, as in 1996. The Proteas left Allan Donald, of all people, out for the knockout game thinking the conditions were going to favour spin. Instead, they played Paul Adams. By doing so, they forgot that Donald is no Irfan Pathan and Adams is no Warne or Murali.

Brian Lara played a blinder and his match winning hundred knocked Hansie Cronje’s side out of the competition. One of South African cricket’s biggest problems is that they can by cocky. This was a case of them being confident of beating a West Indies side who were blowing hot and cold. Not when they have one Brian Charles Lara batting at three.

When the Aussies landed in Colombo in 2016, they were favourites to win the series. Sri Lanka had a pathetic record against them. Yet, the unthinkable happened as Angelo Mathews’ side thumped them 3-0.

When Australia won in Sri Lanka in their previous tour in 2011, three Aussies made hundreds; captain Michael Clarke, Philip Hughes and Shaun Marsh.  When they returned four years later, Clarke had retired and Hughes had sadly left us. So, Marsh was the only batsman with a history of having done well in Sri Lanka. But surprisingly for the first two Tests, the Aussie selectors ignored him.

Media criticism was so intense that they brought him for the final Test at SSC. But by that time the series was lost. Marsh didn’t disappoint his, making a hundred in his only Test. At the end of the series, the other Marsh, Australia’s long-standing selector and mentor – Rod – announced he is stepping down.