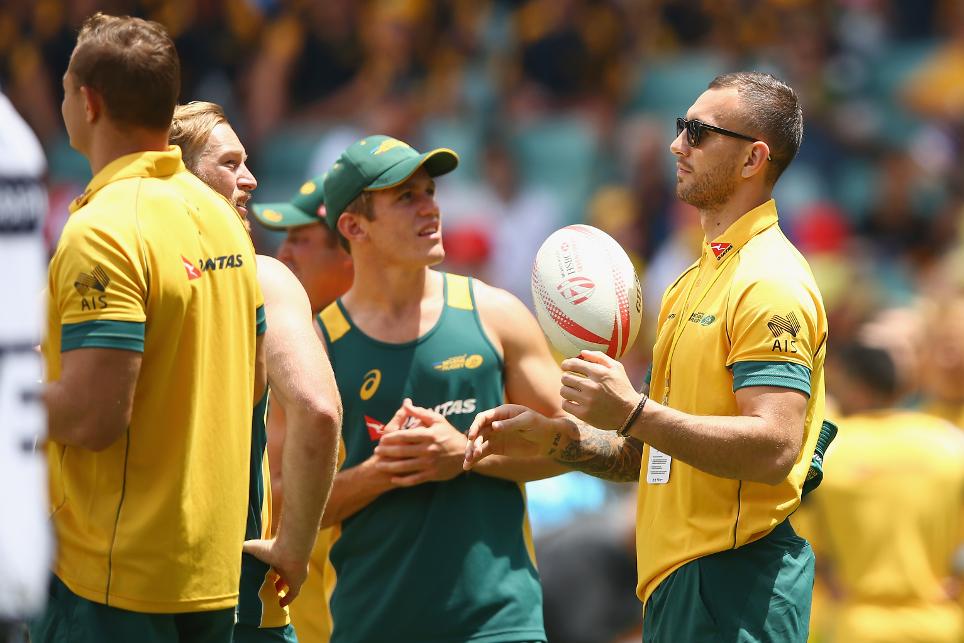 Only a day after South Africa announced that Bryan Habana had linked up with their sevens squad ahead of the next rounds of the HSBC World Rugby Sevens Series, his Toulon team-mate Quade Cooper is also set to join the road to Rio to Rio in Las Vegas next month.

A 58-test veteran and RWC 2015 runner-up with the Wallabies, Cooper has secured a release from the French club for the Las Vegas round of the series on 4-6 March and now has to earn selection for the Australian squad.

Cooper had hoped to make his sevens debut in the HSBC Sydney Sevens earlier this month but Australia coach Andy Friend elected not to select him after limited preparation time with the squad in the week leading up to the event.

Instead he spent time training with the squad and experiencing the magic of a sevens event close up, with the sell-out crowds at the Allianz Stadium creating an incredible atmosphere over the two days.

Australia currently sit fourth in the standings after reaching the final in Sydney – where they suffered last-gasp heartbreak against New Zealand – and will face England, Scotland and Japan in Pool B.