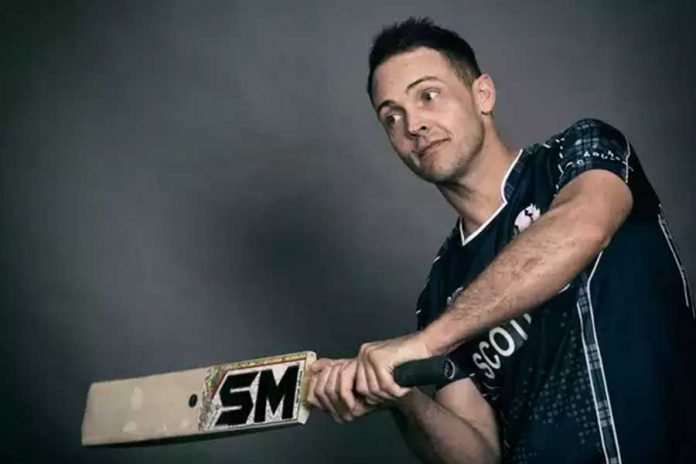 South African born Scotland international Con de Lange passed away on Friday morning (April 19) at the age of 38 after a lengthy battle with brain tumour. De Lange started his cricketing career with the Cape Cobras and then moved onto English county side Northamptonshire, on a two-year deal in 2012.

Having begun his career with Boland in 1998, the left-arm orthodox spinner took as many as 175 first-class wickets before making the move to England. De Lange made his much-awaited international debut for Scotland in Twenty20 international against Ireland in June, 2015.

In a career that lasted 13 ODIs and eight Twenty20 Internationals, de Lange was a popular figure in the Scotland dressing room and rose in stature to be named as the team’s vice-captain. His most famous moment for Scotland came against Zimbabwe in June 2017, when his match haul of five for 60 helped his team cause a famous upset – their first win against a full member of the ICC.

Shortly afterwards though, he started missing games during the World Cricket League (WCL) championships in Dubai. Initially, the reason given for his absence was said to be ‘severe migraine headaches’. Upon return to Scotland for further tests, it came to be known that diagnosis was far more severe. De Lange played his last international match for Scotland, an ODI against Papua New Guinea, on November 25, 2017.

The results of the tests weren’t published initially and it was only during the 2019 World Cup qualifiers in Zimbabwe, played in October 2018, that Cricket Scotland sent a press release stating that the then 37-year old de Lange had been battling brain tumour for the past 10 months. Since the diagnosis, de Lange underwent a series of treatments which included an operation and followed by a dose of chemotherapy and radiation treatment.

Together with his wife Claire and kids, Daisy and Rory, the de Lange’s set-up a fund-raising appeal called ‘Brain Tumour Charity’ after the passing of a close friend who fought the dreaded disease with them. As part of the initiative, the de Lange’s arranged walks to raise donations for the massively under-funded disease.