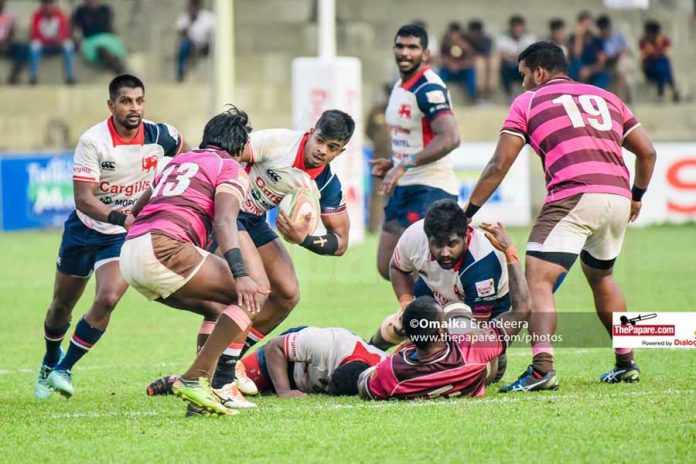 The game which was scheduled to be played under lights at Havelock Park this Saturday has been brought forward by 2 hours, and will kick off at 4.15 p.m.

The all-important game that was initially supposed to be played under lights has been shifted forwards. This encounter will decide who sits on top of the table ahead of the ‘Super Round’ in the Dialog Rugby League.

With a foreign Referee set to officiate the match, it will undoubtedly be a fast running game of rugby, considering the names in both teams’ backlines.

However, the change in time will only mean that the humidity levels will be much higher than it is at night, which will definitely make it harder for the players.

With Havelock’s heavy running forwards and Kandy’s vastly experienced back-line, the composition of both teams look to be balanced on paper. But, with the home ground advantage and Kandy’s traveling woes, Havelock has a mighty good chance of creating an upset.

You can catch the live action on ThePapare.com from 3.40pm onwards. Stay logged on for more of the latest news and updates on the Dialog Rugby League.