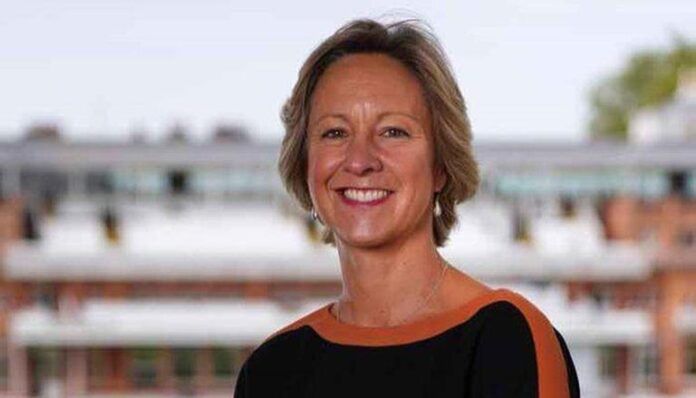 Connor was made the captain of the England women’s cricket team in 2000. In 2005, the all-rounder led England Women to its first Ashes victory in 46 years.

Former England captain Clare Connor has been appointed the first female President of the Marylebone Cricket Club (MCC). Connor took charge as the new MCC President on Friday, October 1, replacing Sri Lankan legend Kumar Sangakkara from the post. This is the first time in MCC’s 234-year-old history that a woman has been appointed the president of the club. Clare Connor’s nomination was announced by the outgoing president Kumar Sangakkara at the Annual General Meeting in 2020.

“I am truly honoured to be MCC President and would like to thank Kumar Sangakkara for putting his faith in me to deliver this enormously important role, for the good of the sport I have loved all my life. I will try to bring my range of experiences from the dressing room and the boardroom to support, influence and work alongside the Club’s leadership and committees over the next 12 months. I am really looking forward to being part of the MCC team,” Connor said in a statement.

Connor made her international debut for England in 1995 and continued to play for her country until her retirement in 2005. The 45-year-old had made her Test debut against India, while her ODI and T20I debut had come against Denmark and New Zealand, respectively. Connor was made the captain of the England women’s cricket team in 2000. The all-rounder led England Women to their first Ashes victory in 46 years, defeating Australia by 1-0 in 2005.

Connor is currently the Managing Director of Women’s Cricket for the England and Wales Cricket Board (ECB). Under Connor’s directorship, England Women managed to lift their fourth ICC Cricket World Cup trophy in 2017. Connor has done a lot for women’s cricket in general as she was the one who introduced central contracts for England’s female cricketers in 2014 and also encouraged clubs to do the same.

Meanwhile, Bruce Carnegie-Brown has been appointed the new Chairman of the Marylebone Cricket Club. He has replaced Gerald Corbett, whose six-year term expired on September 30.