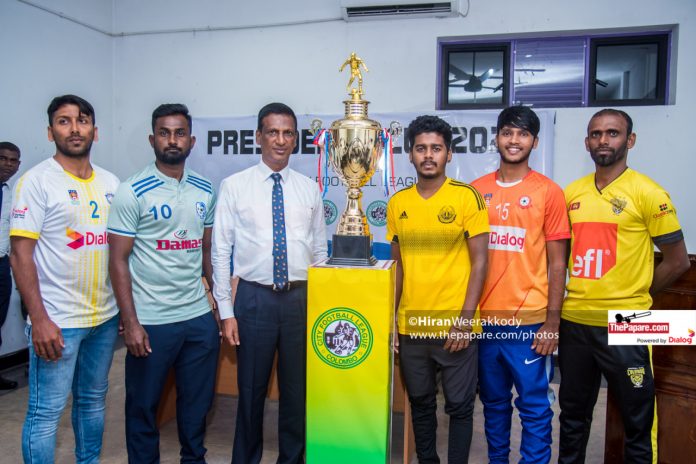 The 4th City League President’s Cup 2020 will commence on the 2nd of February at the City Football Complex, Colombo.

Java Lane will play against Serendib FC in the tournament opener, which is scheduled to kickstart at 3.30 p.m., while the other matches will be played after the semi-final rounds of the Vantage FA Cup with Saunders and Blue Star taking part.

The tournament is played under two groups where group A is comprised of Serendib, Java Lane and Renown, while Saunders and Blue Star alongside Colombo FC are drawn into group B. The top two teams from each group at the end of the group stage will advance to the semi-final round.

Blue Star and Serendib will play in their inaugural City League President’s Cup this year, while Moragasmulla SC, Victory and Cooray FC who were a part of the tournament last year, have opted to sit out this time around.

The champions will be rewarded with a cash prize of Rs. 200,000/= while the runners-up will be handed a cash prize of Rs. 150,000/=. Furthermore, the Best Player and the Best Goalkeeper of the tournament will receive Rs. 5,000/= each, whereas the organizers have also made necessary arrangements to pay a certain amount to all the participating clubs for each match they play.