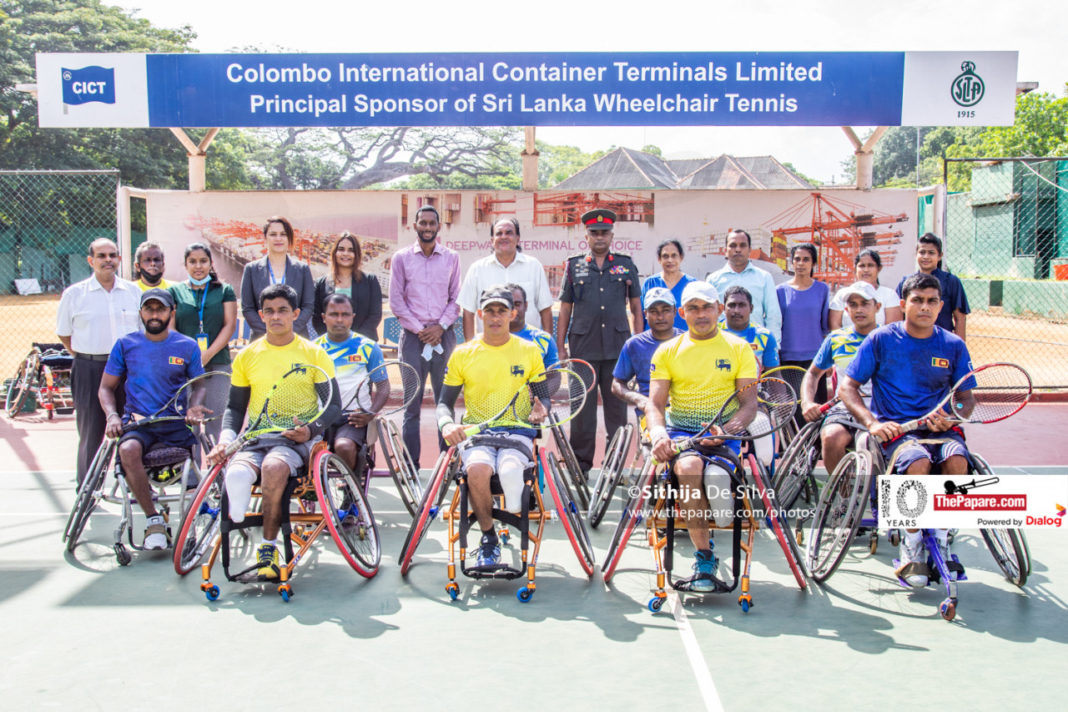 CICT is the main sponsor of the wheelchair tennis program at SLTA. To witness this donation, the President of SLTA Iqbal Bin Issack, Vice President Lt.Col. Shiran Abeysekara and other officials were present.

The President of SLTA Mr Issack thanked the organization for the donation, expressing how much of an impact it will have on the athletes who received it. “On behalf of SLTA I would like to thank CICT for helping us with wheelchair tennis in Sri Lanka. Because of your contribution and your help towards wheelchair tennis, our players are being treated very well. We have traveled to many countries now, some of our players have traveled to over 10 to 15 countries, taking part in various tournaments in Europe and various other places. We just ordered these three new wheelchairs according to the exact measurements of these three players, which cost around 4000 US dollars each. We thought of gifting these three top players because the old chairs are very much heavier and less agile than the new ones. Even with the heavier wheelchairs our players have been competing with all the top players in the world. We have about around 20 players in the team and out of those 20 we have about 13 of them in the world rankings. I would also like to thank Lt. Col. Shiran who has had a lot of interest in promoting wheelchair tennis.”

Suresh Ranaweera ranked 101 in the world too spoke at the occasion, saying, “We have been using these secondhand wheelchairs for about 4 years now. We have been participating in many tournaments such as Asian tournaments and world tournaments as well. We are hoping to participate in the Olympics next year since we couldn’t participate in the World Cup this year which wasn’t held because of Covid 19. I would like to thank CICT and SLTA for pushing us to work hard and giving us all the facilities and good equipment needed to train and perform well.”