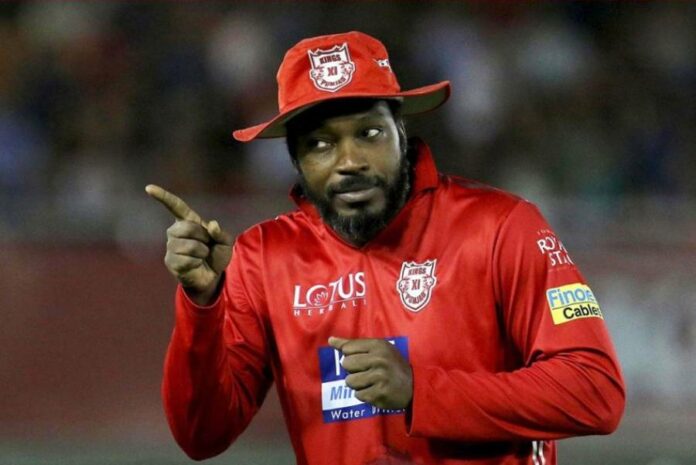 Punjab Kings batter Chris Gayle has left the IPL 2021 bubble after expressing a desire to mentally refresh himself before the T20 World Cup.

Read More: Ben Stokes to take an indefinite break from all cricket

“Over the last few months, I have been a part of the CWI bubble, CPL bubble followed by the IPL bubble, and I wish to mentally recharge and refresh myself. I want to refocus on helping the West Indies in the T20 World Cup and would like to take a break in Dubai,” Gayle was quoted as saying in a Punjab Kings release.

“My thanks to the Punjab Kings for giving me the time off. My wishes and hopes are with the squad always. All the very best for the games coming up,”

Gayle, 42, has aggregated 15 runs from the two games he’s played in the UAE leg of IPL 2021 which he joined straight after winning CPL 2021 with the St Kitts & Nevis Patriots. In all, Gayle aggregated 193 runs from 10 games this season with a season best of 46.

With 8 points from 11 games, Punjab Kings are mathematically in with a chance of making the Playoffs but the team’s Director of Cricket Operations, Anil Kumble, said he respected Gayle’s decision to take a break.

“I’ve played against Chris and have coached him at Punjab Kings and all through the years I’ve known him he has always been an absolute professional and we as a team respect his decision and desire to prepare himself for the T20 World Cup,” Anil Kumble, Director of Cricket Operations, said.

Gayle will remain in Dubai before joining up with his West Indies teammates as they prepare their title defence at the T20 World Cup.