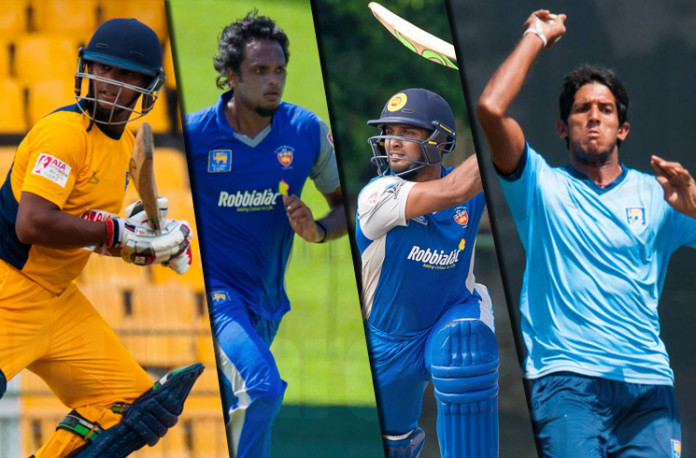 The national selectors named a fresh 15-man squad for the upcoming three-match Indian T20 series which starts on the 9th of February.

Dinesh Chandimal will lead the Lankan team with Lasith Malinga and Angelo Mathews absent due to injuries. Regular squad members Nuwan Kulasekera, Rangana Herath & Nuwan Pradeep were also unavailable for selection after having sustained injuries in the domestic tournaments.

Fast-bowler Dilhara Fernando has returned to the Sri Lanka squad after a lapse of four years as a result of having bowled particularly well in the domestic T20 Championship, where he took 11 wickets in 4 matches, while in-form Seekkuge Prasanna of Sri Lanka Army also finds a place in the team.

Six-hitting sensation from SSC, Dasun Shanaka was also named in the squad after he hammered a record-breaking 16 sixes in an innings against Saracens SC in the Premier T20 tournament, of which he was the top run-scorer with 348 runs in 7 innings including 2 centuries. Young left-arm seamer Binura Fernando also returns to the squad after recovering from a hamstring injury.

Sri Lanka lost both their T20Is against New Zealand earlier this month and had to surrender their number one T20 ranking as a result.

The squad for the forthcoming Asia Cup and the ICC World T20 will be picked by the National Selectors after the conclusion of the ongoing Super T20 Provincial Tournament.