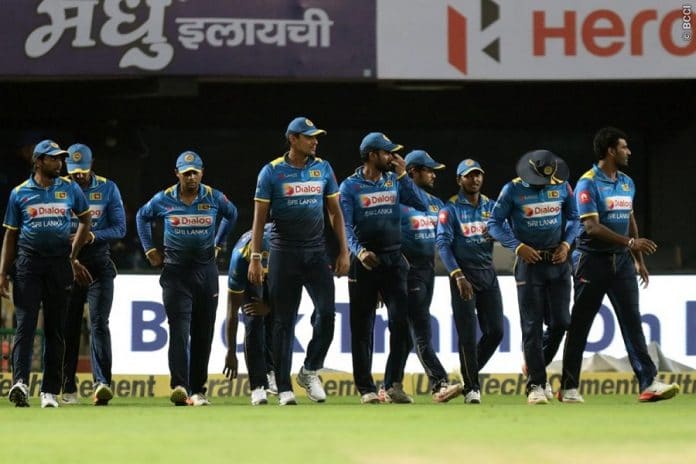 Authorities, coaches, selectors and mostly players hold yourselves accountable…. Your fans are fed up of waiting. It’s time to push the envelope.

Cricket has been Lanka’s crowning jewel for a long time.  What we as a nation were so proud of.  The day Arjuna Ranatunga hoisted that World Cup, was a day that changed a lot of our lives. It brought a nation together in the midst of so much strife and division.  Devoid of religion and race, the Lankan people embraced Muttiah Muralitharan, Sanath Jayasuriya, Chaminda Vaas, Aravinda De Silva and the clan. They loved their cricket and worshiped their heroes who filled their hearts with hope, pride and joy. It was a most precious passage for the tiny island nation, finally something to crow about.

The fact that change was coming and transition was going to be hard when the senior brigade left, was understood, but the team’s recent form is a short-fall of epic proportions. It’s mortifying.

Fans have been disillusioned by their national side for a while now.  Some spark of a performance has them rallying around the team only to be let down yet again.  This cycle has rotated for a period of time with many fans having been lost while the loyal still hang on to any ray of hope.

Now the nation lays its hopes at the feet of one man, Chandika Hathurusinghe, who has come out a hero after taking Bangladesh to heights which Sri Lanka wish they can match.  Yes, Arjuna Ranatunga was right a while back when he said Sri Lanka will fall to depths of unimaginable despair and lose to teams like Bangladesh – they did.

The fact that the system is messed up and needs an entire overhaul is a foregone conclusion.  Pundits have been screaming and the ‘wrong men’ have refused to hear them, to give them their due they have tried hard.  Coaches replaced, selectors churned around, captains alternated and players rotated; what more can they do? Step aside may be …..  In their desperation, they have messed up further. Changing players like nappies tour by tour, surely shows a complete lack of understanding of the job and the speed in which changes are rung -out is a clear sign of panic.

Kumar Sangakkara called for patience.  When the ‘right men’ come forward to do the job, means are used to stop them.  Astute interim committees were set up a while back with men of mettle who warmed up very well to clear the muck.  That was sadly just a flash in the pan and not allowed to be.  Recently the Sports Minister got his pecker up and has vowed to change this, we still await.

See the thing we are all missing in this whimsical bungling, is that things were not too different previously.  Except for this exceptional selection chopping and changing, the same power-struggles, not getting the right man for the job, coaches running away and personal agendas ruling the roost was always prevalent. What was different is that back then the players took ownership. They looked the part and they played the part. If they had a rotten match or a bad tour they went back to fix it, they made it their job to fix it. Generations of players lived with the ineptness of the various boards and still won games and world cups.  Today players seem to be weighed down by this or maybe they are hiding behind it?

Watching the games against India, what makes you cringe as a fan is not the fact that Sri Lanka lacks some penetrative bowling or batsmen with temperament and application. That can be excused or put down to a learning process. What gets one’s gall is the sloppy collisions in the middle, ball-watching, not calling, lazy running not making ones into twos, not getting better at fielding, not reading the game or the conditions and oh those bellies…that come in the middle of every spill and pick up.

As much as the Sports Minister was criticized for calling out Malinga, it had to be said. But the Malinga’s and Herath’s have done their part, now they are elder statesmen who could may be, just may be, excused.  What oh what do you do with these young players who don’t look like they have played a game in their lives. Pot bellies don’t exist anywhere in a professional sport except in sumo-wrestling.

These professional sportsmen come across not having worked enough in the gym and on their fitness. They are paid to do that when the rest of us sit at ours.  Some of them are slow and reluctant to run between the wickets. This is blasphemy. You should be sacked on arrival.

Also, players have to work on their individual games. They may claim they do but it’s obviously not enough.  The anecdote that Kumar Sangakkara went straight to the practice net from the airport after a bad tour is not a myth. He didn’t spare himself if he erred on a tour as would have many other players. Any professional sportsman or woman owes it to themselves, owes it to the country they represent and in this case to the huge amounts of monies they are paid, to be the best version of themselves.  If you cannot show discipline in your diet, your gym or working on your individual skills it’s not going to come out miraculously on the field.

The thing about being ‘mediocre’ is, if you are mediocre, you work harder than anyone else. If you are a bowler or a batsman representing the national side you work damn hard at it.  Ask Chaminda Vaas how he continued to bowl tour after tour as spearhead for more than a decade, staying fit.  Ask Sanath Jayasuriya how he stayed fit enough for a late retirement or Sanga who is getting better as time goes on.

This is new age; thinking that other people owe you and other people can bring you to spot and you just need to turn up.  Fans also have got so used to blaming Sri Lanka Cricket, coaches, the selectors they have never held players to account. Time these professionals tune-up, charge up their work ethic and leave no stone unturned until the job is done.  Until they get better at it.

If you watched the 3rd ODI where Upul Tharanga gave a magnificent start coming out with the right attitude, breathing fire against powerful India, that was your cue!  That was the sign.  But again if you have not shown adequate discipline in your game and your athleticism previously and at practice you cannot bring it on like magic on the day.

This is a call to Sri Lankan players, wake up to your mediocrity and push for your ‘A’ game. Only if you are humble enough accept that you are woefully inadequate, then you will see fit to work at it. Stop embarrassing your nation and letting down your beloved fans.

Sri Lanka Cricket, instead of chopping and changing and playing to your damn personal agendas go after the boys, give them assurances, tough schedules, diet, and standards of discipline and at which if they fail, don’t include them. Or move over and let someone else handle it.