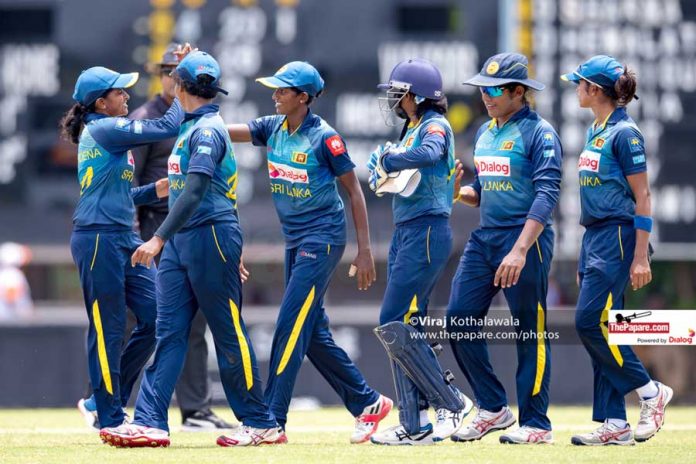 In what turned out to be a battle of two captains, Chamari Atapattu’s 115 triumphed Mithali Raj’s career-best effort of 125 not out in setting up Sri Lanka’s consolation win in the third and final ODI on Sunday (September 16).

In the process, they also picked up their first Championship points. The hosts pulled off their highest ODI chase, scaling the 254-run target off the penultimate ball, to pick up only their second win against India in the format and first since the 2013 World Cup.

Overcoming a sedate start, skipper Atapattu and Hasini Perera put on Sri Lanka’s first century opening stand in five years to set the platform. Atapattu, in particular,  found scoring difficult against India’s new-ball pair of Jhulan Goswami and Mansi Joshi. The Sri Lankan captain had only six runs against her name off the first 33 deliveries she faced, while it was Perera who kept finding the odd boundary during the mandatory powerplay.

Atapattu regained her confidence in the 11th over, hitting Goswami for her first boundary of the game and switched gears from there on to outscore her partner to her half-century. Perera fell five short of hers, but with Atapattu in full flow, Sri Lanka quickly caught up with the required run rate. She hit Harmanpreet Kaur for back-to-back boundaries and Deepti Sharma for consecutive sixes on either side of Anushka Sanjeevani’s wicket, en route her fourth ODI hundred.

Hemalatha got India the prized scalp as Atapattu holed out to Joshi at long-on, triggering a mini collapse much similar to the one in the second ODI. However, unlike then, Sri Lanka’s middle and lower order held their nerves better to pull off what they also threatened to do at Galle. Nilakshi de Silva hit a six and a four in her nine-ball stay to keep their hopes alive. Joshi momentarily gave India a comeback window through the wickets of big-hitting de Silva and Shashikala Siriwardene. But Sripali Weerakkody dropped anchor and 17-year-old Kavisha Dilhari hit the winning runs with a ball to spare to pick up their first win in 2017-20 Championship cycle.

Earlier in the day, Raj’s unbeaten effort of 125 laid the groundwork for India’s best total in the three-match series. Jemimah Rodrigues, picked in the XI ahead of Punam Raut, failed to open her account, falling on the second ball of the game after Sri Lanka inserted the visitors in. Raj then stitched a century partnership with Smriti Mandhana (51) and added another 92 runs with Deepti Sharma in the second half en route her seventh ODI hundred that came off 126 deliveries.

The in-form pair of Mandhana and Raj went past 1000 partnership runs in their fourth 100-plus stand for India. Mandhana, who was offered a couple of lifelines early into her innings, raised her half-century off 58 deliveries but fell soon after. The 12-over alliance of the Indian captain and vice-captain was all about consolidating after the loss of the well-set batter, where Harmanpreet chipped in with a rather slow 17 off 41 balls. Just as India inched closer to the 150-run mark, Harmanpreet offered a sitter to midwicket, becoming Dilhari’s maiden ODI wicket.

Despite a top-scoring effort in game 2, Taniya Bhatia failed to get a promotion in the batting order and Hemalatha, who did, couldn’t make the most of it. Deepti and Raj’s 92-run partnership injected the much-needed impetus going into the death overs. Even though Deepti contributed only 38 of those, India’s run-rate saw a spike as the visitors collected 89 off their final 11 overs. The 253, courtesy Goswami’s penultimate-ball six, though didn’t prove enough to contain an improving Sri Lankan side.