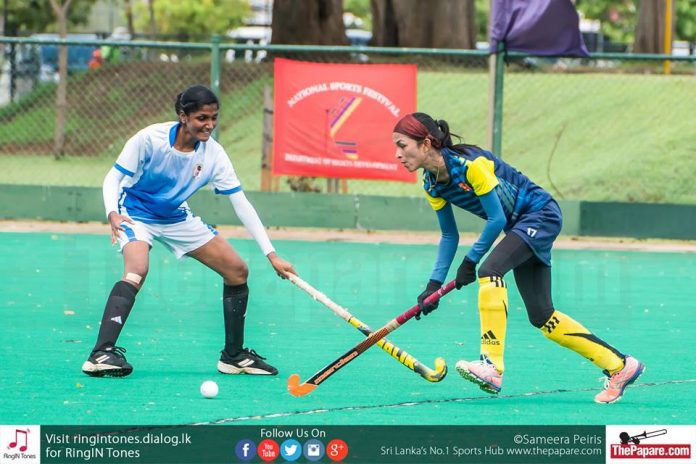 The annual National’s Sports Festival which is organized by the Sri Lanka Sports Ministry concluded successfully for the 44th time at the Astro Turf today. In both Men’s and Women’s categories the championships was won by Central Province.

In this year’s competition there were nine Men’s teams and seven Women’s teams participating representing different provinces. In 2018 both Men’s and Women’s championships was won by Central Province.

Here’s look at what happened.

After a very tight game, Central Province Women’s team remained unbeaten at the 44th Nationals Sports Festival. From the start of the match both teams displayed an equal game which balanced both offensive and defensive aspects. None of the shots were successful during the game for both teams as highly experienced players in both teams had adopted strong defensive strategies. As the time ended both teams had not scored any goals therefore the champions were decided through a penalty shoot out. Central Province was fortunate to get 2 penalties into the goal whereas Western Province only got 1. Final score was 2-1 in the Women’s finals.

The Men’s finals match took place between Central and Southern Province ending 3-1 in favour of the Central Province. Interestingly eleven players who played in the first half for Central Province had represented the National team. In the 15th minute the first goal was scored by former Sri Lankan captain S. Priyalanka for Southern Province. However, in the second half of the game, Central Province was able to take control of the game, which made them score 3 goals one after another, ending up winners at the 44th Sports Nationals Festival.