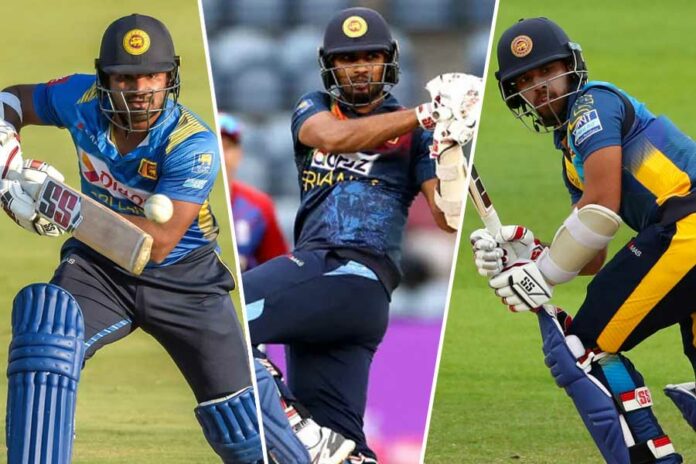 There are certain things that money can’t buy – common sense is one. You can accept your cricket team constantly losing but what is unacceptable is the lack of common sense. Over the last two months, Sri Lanka have made some questionable moves, becoming the laughing stock among those watching cricket. A bit of common sense from here on would help their cause.

So we were going to rebuild our white ball cricket team under the two Kusals last month but four weeks later we find one Kusal sacked and the other facing a lengthy suspension. Both were poor calls. KJP hadn’t even captained Royal while Mendis was making comeback to the side after being dropped having completed an Audi – four ducks in a row. Clearly, common sense was lacking.

Now that you had appointed KJP, give him some time to learn the ropes, especially after you had said that he is the only guy who is sure of a place in the side. KJP endured quite a lot during the short span of six weeks he was in charge. Nobody told him that by keeping wickets, opening the batting and leading the side he was going to have too much on his plate. But when you endure a poor run you are on the lookout for scapegoats rather than biting the bullet and remaining sure of your convictions. Eventually KJP was sold down the river and this could lead to mistrust.

The selectors were not the only ones who let KJP down. The conduct of the three senior players who breached the bio-secure bubble was atrocious too. It will be interesting to listen to KJPs honest opinion on this. Right now he might not say much. You can be sure that he is furious.

Now that Dasun Shanaka has been appointed as skipper, he needs to be given the long rope. He is someone who has been groomed for the job and should have continued to skipper the T20 side from the moment Sri Lanka completed a series win under him in Pakistan. At least, when the seniors were axed and KJP was  named the captain, Shanaka should have been made his deputy. But common sense did not prevail.

Poor Dasun has got just five days to turn things around before taking on the formidable Indian side. Here’s something that he should prioritize in his first assignment – how to use reviews. Sri Lanka’s use of reviews in England were appalling to say the least. You may not be able to fix all your cricketing matters in a short span of time but surely, you can do a much better job than this with your reviews. You just need common sense.

Wanindu Hasaranga has been one of our finest finds in the last five years and he is shaping up to be a match winner in limited overs cricket. To expect him to replicate his limited overs  success in Test match cricket was a mistake. Similarly, Pathum Nissanka made a hundred on debut in Test match cricket while Praveen Jayawickrama claimed 11 wickets on debut as Sri Lanka completed a Test series win against Bangladesh in May. To expect them to be successful in white ball cricket is an indication of lack of common sense.

Coming back to Hasaranga, he is primarily a bowling all-rounder and should bat at eight. If you want to really push, you may have him at number seven but to expect him to deliver at number six and all is asking for too much.

Clearly, your batting  has problems. You don’t  want your seniors too and that maybe fine but then make sure you have proper batsmen who could play limited overs cricket rather than having bits and pieces all-rounders. It was a blunder committed in England and it doesn’t seem that lessons have been learnt.

Some  legends have been accused of slowing down the over rate deliberately to get the captain banned. That’s not cricket. Not too long ago, there was a captain well aware of these tactics who gave his lead bowler a specific time frame to complete his six balls.

In more recent times Sri Lanka have been sending down slow over rates simply because there has been a lack of urgency. Slow over rates are a serious offence now. It not only costs money and suspension for the skipper, a team loses out points on the ICC World  Cup Super League too. Sri Lanka should have 15 points now instead of 13 but their sloppiness in the Caribbean cost them two points.

The top order’s  use of Power Plays in England was indeed laughable. We have heard stories that England bowlers were so good and they were not giving  Sri Lankan batters width to free their arms. Surely, there are many ways to score boundaries during fielding restrictions. The batsmen’s lack of intent to upset the rhythm of bowlers and just going through the motions was painful to watch.

Running between the wickets has been appalling for some time now. You may say it all started with the stars. A culture of not trusting your partner and being sure of a run before committing yourself first emerged in our cricket some ten years ago. It has begun to fester now. There had been talk sometime back of converting two into threes. Before stepping into the next level, just get basics right. Behind square, it’s the non-striker’s call and in front of the wicket it’s the striker’s call.

Batting in particular has been an area that has been lackluster. The longer term solution is rectifying the flaws in domestic cricket. The short term solution is we should have someone other than Grant Flower to rectify the problem.