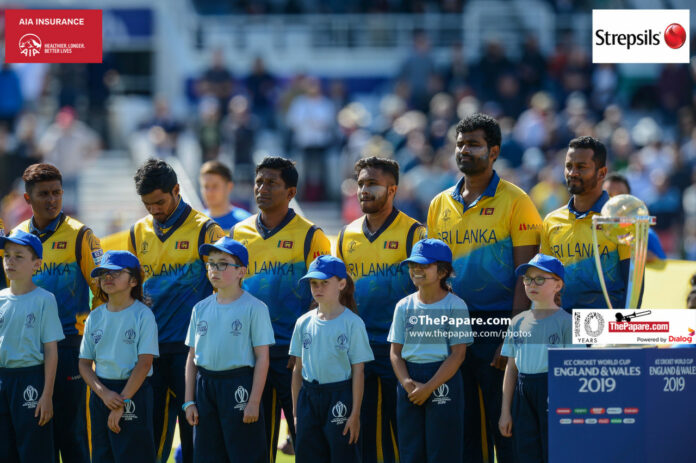 My expertise is in human performance. Be it for a corporate leader, business owner or an athlete, helping to optimize themselves to perform at an elite level way beyond their wildest imagination is my service, in a nutshell.

To date I have coached the mindsets of professional Cricketers and the results have been phenomenal. In my most recent experience, the player in question went from being a complete failure to one of the top players of the season during the recently concluded Lanka Premier League.

First off, let me clear this in defense of our current side.

They didn’t have the champion environment that previous teams had. When the ‘96 World Cup winning squad created momentum, it fueled the journeys of Mahela Jayawardene, Kumar Sangakkara, Lasith Malinga, TM Dilshan, Angelo Mathews and many others, making way for them to join forces while the legends from ‘96 retired. It was a smooth transition after which we witnessed the birth of a new breed of cricketers. But alas, the said legends retired before we built the next generation.

Consequently, the current team is now tasked with rebuilding a winning environment almost from scratch. This requires time, patience, and ample exposure. But the good news is that at the time of writing, Mahela Jayawardena has accepted a position as a consultant to the cricket team. This move will no doubt play a crucial role in accelerating progress. Mahela has a plethora of experience as one of the greatest in the game. But in my view the most important advantage he has is his experience as a coach who can make a team win, and this he proved with the Mumbai Indians.

Now it boils down to how well we are mentally prepared and willing to embrace countless failures and learn from them along the way to becoming champions, without rushing to make conclusions before we even begin.

Did you know that Michael Jordan missed 9000 shots and lost 300 games during his career?! Can you imagine the greatest basketball player of all time missing thousands of shots and losing hundreds of games?

The patience and the endurance that one is required to build to go through the process is what ultimately makes a champion.

There’s been much speculation about the mindset of our team. Do the boys who are playing on our side now, have a good mindset or not?

I say they had an outstanding state of mind. That’s how they managed to play for the first 11 in the most competitive sport in the country. Imagine the number of days and weekends they sacrificed to stay focused and maintain consistency in the game while other kids were distracted with various other things. The fun activities they had to forgo in their quest to garner the attention of the selectors. It’s a massive achievement.

But now they are on an entirely different platform facing a different challenge altogether. Much like lions meeting lions. To face this challenge, they need to optimize themselves and find out what fuels the momentum that creates consistent results. Otherwise, what was achieved in the homeland, although outstanding, may not help in the international arena resulting in failure.

While we watch a game, what exactly makes us notice flaws i.e., in the field set up or bowling option and so on? It’s because the more deeply involved you are in the subject matter (meaning – technical aspects) the more you get biased views, because they are in it – deeply involved.

The human brain is known to distort and delete information easily. While there is a multitude of information passing through our brain every second, we can focus only on a few things – 5 to a maximum of 9 things at most. We also tend to remember information in groups.

So, what does this mean? We create our own limited version of any given situation. This explains why experts sometimes don’t see the obvious while it is easily spotted by someone outside of the game. This is one of the reasons why corporate leaders and professional athletes come to me although they are champions in their respective domains.

Therefore, during a game when there are so many things taking place simultaneously, your brain can process only so much. For instance, a captain or a technical coach will have built the capacity to observe and process multiple bits of information such as the players in the field, the two batsmen on the crease, conditions of the pitch, the ball, the run rate, number of overs left for each bowler and perhaps even the spectators – whether they are booing at or rooting for you – and any other drama that unfolds. However, as a player, no matter how outstanding, you will be able to focus only on a few things.

Your state of mind determines what these few things will be. For example, if you panic and allow fear to take over, most of the options and strategies that will come to mind will be influenced by your survival instinct.

Let’s think back to what Virat Kholi said when they failed the T20 World Cup in 2021 – “we were not brave enough to make better choices.” As a performance coach I’d interpret that as they were playing to secure something. We know that they have built a brand, and a big one at that. So, the moment they resort to the idea that ‘we need to protect this,’ the survival instinct kicks in and in this mode when you’re faced with making a decision, you are not prepared to make a brave choice but instead will settle for a mediocre one just to survive.

But you are playing an extremely competitive sport that changes rapidly. If the other team is brave and not playing merely to survive, they will express that in their execution, decision making, and attempts in the field whether by bat or ball or fielding, and you will see that.

How do we switch from simply surviving to gloriously thriving? That is a million-dollar question.

What do you think enables this switch? It’s not will power, nor is it discipline. Yes, we do need all that too but there’s another attribute that’s more powerful and overtakes every limitation that we possess.

We switch the moment we switch the meaning that we assign to a situation or action. When we are able to define our actions, we understand and acknowledge that we aren’t doing it for ourselves but for our country. A greater purpose! This insight adds more weight to every action performed making it an all-powerful force that can achieve anything.

There’s a reason why our flag is displayed in front of the attire and the name is on the back. “What governs your state of mind the most is what you ultimately represent”.

Cricket has been our panacea. During war or any unstable situation such as the ongoing pandemic, if a match is on it disperses healing energy. Albeit temporarily, it matters to a struggling nation. Sports bring unity, spirit, and recognition to a nation. As I see it, more importantly it brings glory and greatness in a positive and harmless manner.

To ensure long-term stability for our country, we as citizens need to feel great about it. This includes our fellow countrymen who have endured so much and the younger generations who are growing up without anything much to go by, to feel great about their motherland.

We participate in the game to prove that our country has skills that can be proudly demonstrated and celebrated on a world platform. Then this switches to a force that no longer even requires willpower.

You don’t need motivational quotes or videos to trigger you because you have such a powerful force governing you. Your intrinsic reasons become far superior to external pressures. You are no longer governed by your reptilian brain – the part that leads you in survival mode – but by an advanced part of the brain known as the neocortex enabling you to devise many complex strategies, make bold and brave moves and experience phenomenal results.

Our current team is physically strong, most are very young, and they are technically almost on par with our past legends when they were of similar ages. So, the future looks bright.

If they pay serious attention to optimizing their mindsets and conditioning themselves, winning a World Cup is very much a possibility.

Imagine this team bringing the World Cup to Sri Lanka and parading it at the Galle Face promenade in November 2023. Now wouldn’t that be a memory that we will all cherish for decades and generations to come?

We can achieve it if you condition your mind leaving no room for excuses. This is an absolute must! The rest is simply a game we play. 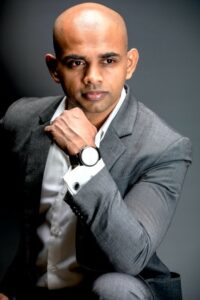