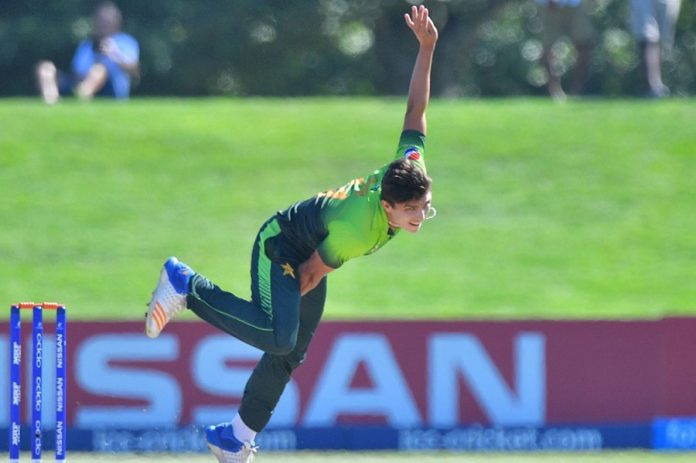 Pakistan have included uncapped teenage pacers Musa Khan and Naseem Shah for the upcoming tour of Australia in a Test lineup that’s undergone plenty of changes, looking to bring about a ‘different brand of cricket’ under new captain Azhar Ali.

Joining the above duo in the list of uncapped players are opener Abid Ali and left-arm spinner Kashif Bhatti. Additionally, middle-order batsman Iftikhar Ahmed, who played his sole Test three years ago has been recalled, as is right-arm seamer Imran Khan.

Meanwhile, Hasan Ali has been ruled out with a back injury to further deprive the pace-bowling attack of experience, with Mohammad Abbas – 14 Tests under his belt – being their most experienced of the lot, ahead of the returning Imran in a pace-bowling attack that has Shaheen Afridi leading a teenage troika.

“Our aim is to move up the Test rankings and begin the Test Championship strong. There is a need to play a different brand of cricket, the balance of the squads is reflective of us having options to play aggressive, attacking cricket,” head coach and chief-selector Misbah-ul-Haq emphasised.

“Yes it’s a brave and bold decision to select the likes of Musa and Naseem, but we know that their fresh and attacking approach will give us something different. The Australian wickets will give them the opportunity to express themselves, gain valuable experience and it will help us to take 20 wickets to win the Tests.

“I am pretty sure these two lads will surprise a lot of people with their pace, controlled swing and ability to bowl long spells at a consistent speed,” he added.

Batting wise, Pakistan are a lot more settled, retaining most of the players from the previous Test tour of South Africa in January apart from Fakhar Zaman who had a miserable time there, and is replaced by Abid Ali.

“Our Test batting is experienced, talented and pretty settled, so, we have not tweaked it much, except including prolific Abid Ali in place of Fakhar Zaman and adding Iftikhar Ahmed, who can also bowl off-spin. We have a strong batting line that we expect to perform in the two Tests,” Misbah said.

These changes follow the removal of Sarfaraz Ahmed as the captain of their Test and T20I outfits, and from those two squads altogether, with Azhar and Babar Azam taking charge respectively.

As with the Test squad, Azam’s 16-man T20I party also has some new faces, and some returning old ones.

Musa features in both squads, unlike Naseem, while Mohammad Irfan, aged 37, makes a return after over three years as reward for his recent form.

“Based on horses for courses and his form, the Australian conditions will present Irfan with the opportunity to excel. This selection has also been made while looking at next year’s ICC T20 World Cup, which will be played in Australia. If we can successfully manage his workload, then he can be a valuable asset for us in next global event,” Misbah explained.

“Similarly, Khushdil Shah has been added as he is in-form and has displayed his power-hitting abilities, while Usman Qadir brings to the table his experience of playing in Australia. Usman also provides cover for Shadab Khan, who is on track for reclaiming his match form,” he further added.

Pakistan’s tour of Australia comprises of three T20Is and two Tests, beginning with the first T20I in Sydney on November 3.