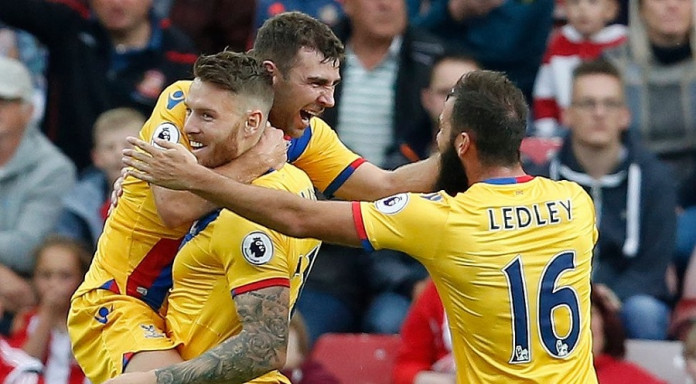 Striker Christian Benteke scored a stoppage-time winner as Crystal Palace came back from a two-goal deficit to beat Sunderland 3-2 in the Premier League after Jermain Defoe had given the hosts a two-goal lead on Saturday.

A scrappy first half littered with fouls gave way to an absorbing second as Defoe struck two typically clinical goals at the Stadium of Light.

But having fallen 2-0 behind on the hour, Palace pulled one back less than a minute later when Joe Ledley’s shot from 20 metres took a heavy deflection off Patrick van Aanholt.

James McArthur levelled with a thumping 76th-minute header after a pinpoint Zeki Fryers cross before Benteke, who missed several chances, put the icing on the cake for Palace when he headed home Lee Chung-Yong’s floated free kick.