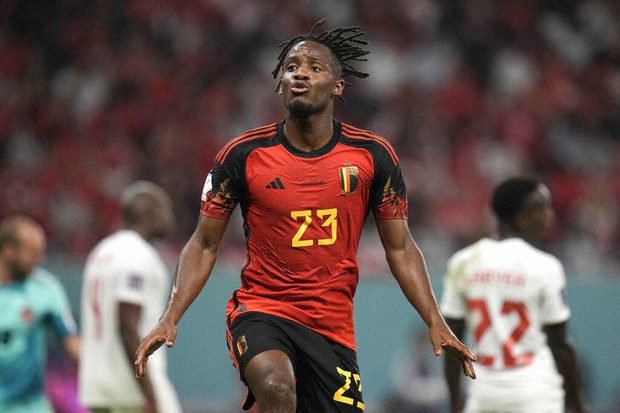 Alphonso Davies had a penalty saved as dominant Canada lost out to a Michy Batshuayi goal.

Michy Batshuayi scored the only goal as Belgium opened their Qatar 2022 campaign with a hard-fought and, in truth, ill-deserved win over Canada.

The 2018 bronze medalists spent much of this Group F encounter on the back foot, pinned back by an adventurous and energetic side that managed over 21 efforts on goal to their illustrious opponents’ nine.

Of Canada’s many chances, the best came – and went – when they were awarded an early penalty for a Yannick Carrasco handball, spotted by a VAR review. Star man Alphonso Davies stepped up in search of his country’s first FIFA World Cup™ goal but his spot-kick was weak and unconvincing, allowing Thibaut Courtois to make a comfortable save.

The significance of that miss was reinforced just before the interval, when Batshuayi raced through on to a speculative punt forward and lashed a left-foot shot beyond the helpless Milan Borjan.

If we expected that would settle Belgium nerves and allow the world’s No2-ranked team to show their class, we were wrong. John Herdman’s underdogs remained the dominant force in a goalless second half and, while they emerged pointless, the Canucks served notice that they’re here in Qatar to go toe to toe with the heavyweights.

Davies’ rise has been the stuff of fairy tales. But the man standing between Canada’s talisman and a place in his nation’s sporting folklore just happens to be one of the best penalty-stoppers in the game. Courtois had saved five of the last nine spot-kicks he had faced and duly made that six from 10 by guessing right and pushing the ball to safety.

At 39 years and 288 days, Atiba Hutchinson became the second-oldest outfield player to play at the World Cup. The oldest? A certain 42-year-old Cameroonian.

“You need to give huge respect to Canada’s performance. But we deserve the win. We have to be self-critical and improve. But it’s better to do it when you have three points, especially after seeing what happened (to Argentina and Germany).”

John Herdman, Canada coach: “We had an opportunity to be top of the group tonight. That was the mission and we missed it, but I’m proud of the performance. “These lads put a shift in, they showed that they can live on this stage. They made the fans proud and made them feel like they belong here. That was important for us. I showed them the stats and showed them that they belong here.”