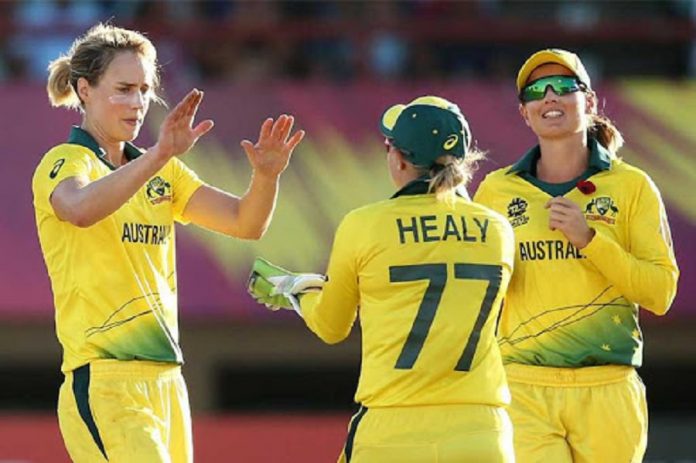 Australia put in an impressive bowling and fielding performance to keep Ireland to 93/6 and chase down the runs in 9.1 overs for a nine-wicket win in Match 6 of the ICC Women’s World T20 2018.After Ireland chose to bat at the Guyana National Stadium, Providence, on Sunday, 11 November, Clare Shillington was in fine touch, even as her partner Cecelia Joyce struggled. An electric performance on the field backed up disciplined Australian bowling.

Only a steady 41-run sixth-wicket stand between Laura Delany and Kim Garth gave Ireland something to defend.

Australia, starting at 5/0 after Ireland were penalised for running onto the protected area of the pitch – as were Pakistan in the first match of the day – didn’t get off to a particularly blazing start, but Alyssa Healy quickly picked up the pace.

Her fifty came off just 21 balls, and is the fastest in all Women’s World T20 tournaments. Australia lost Beth Mooney, but needed just 9.1 overs to complete the chase without breaking a sweat.

The three-time champions have two wins from two games, as do India in their group, but retain the No.1 spot with a better run-rate.