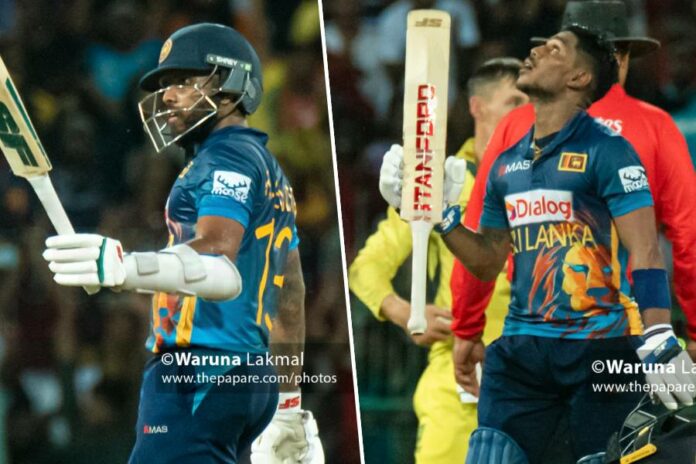 At the halfway stage the Aussies had the upper hand over Sri Lanka as R.Premadasa has not been a happy hunting ground for big chases.

Two of the most highly rated batters in Sri Lanka, Pathum Nissanka and Kusal Mendis had other ideas as they made this night a record-breaking one.

Australia, who won the toss and batted first, put up a formidable target of 292 as 98 runs were scored in the final 10 overs thanks to missed opportunities by Sri Lanka. Travis Head top-scored for Aussies with a well-paced 70 off 65 deliveries while visiting captain Aaron Finch also contributed by scoring 65.

For Sri Lanka, Jeffrey Vandersay was the pick of the bowlers as he took 3 for 49. His 3 wickets were Aaron Finch, Marnus Labuschagne and Glenn Maxwell.

Niroshan Dickwella and Pathum Nissanka started the chase successfully but the real problem for the Australians came after the fall of the 1st wicket. Nissanka and Mendis took the attack to the Aussies and continued to keep the required run rate in check and compiled a massive stand of 170 for the 2nd wicket which broke the record for the highest 2nd wicket partnership for Sri Lanka against Australia. The stand was unfortunately cut short at the end of the 38th over as Mendis, who scored a top-notch 87, had to retire hurt.

Nissanka, the all-format star for Sri Lanka, was watchful at the beginning slowly started to cut loose and after the departure of Mendis, took control of the chase as he scored a maiden ODI Ton of the highest caliber. Nissanka’s 137 which came off 147 deliveries included 11 fours and 2 sixes.

This is the highest chase ever for Sri Lanka at the R.Premadasa Stadium and the highest against Australia as well. This is also the first time in 20 years that Sri Lanka defeated Australia in two consecutive matches in Sri Lanka. With this win Sri Lanka take a 2-1 lead in the series with two matches to go.