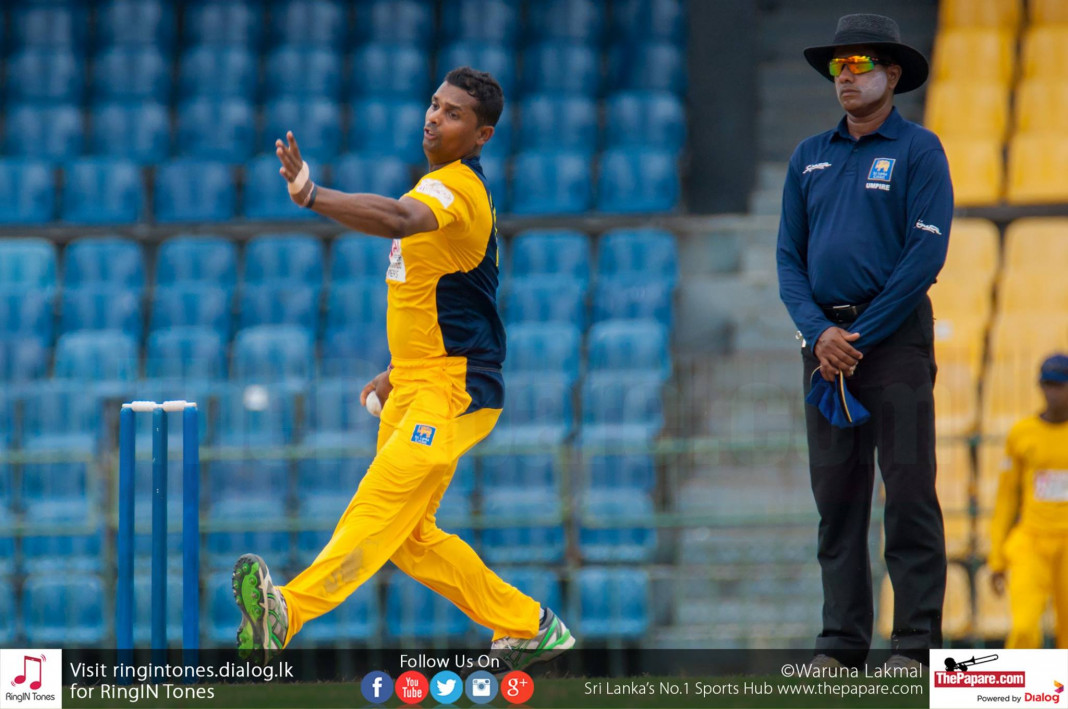 Asela Gunarathne continued to justify his selection to the Sri Lanka T20 squad when he rolled his arm over to capture 5 wickets including a hat-trick for Kurunegala Warriors in their game against Colombo Commandoes which the latter won by 31 runs in the SLC Super T20 Provincial Tournament on Saturday at R. Premadasa International Stadium.

Kurunegala Warriors taking first lease of the wicket was in a spot of bother after losing their first wicket with six runs in the board in the first over. The wickets fell at regular intervals as they were tottering at 59 for 5 in the ninth over. Chamara Kapugedara made a fighting 34 which enabled them to end their innings with a modest score of 141.

Colombo Commandos lost five wickets for 74 runs but were on-course to victory but they found right-arm medium seamer Asela Gunarathne too hot to handle as he single-handedly sealed the game for Kurunegala Warriors with a hat-trick in his third over and the 16th of the innings as Colombo Commandos was able to muster a score of only 110 runs. Pulina Tharanga, Lahiru Madusanka and Shaminda Eranga were the batsmen involved in the hat-trick.

Kandy Crusaders lost their 3rd consecutive match when they were defeated by Galle Guardians by 3 wickets in their SLC Super T20 Provincial Tournament match played on Saturday at R. Premadasa International Stadium.

After being sent into bat first, Kandy Crusaders lost three quick wickets for 32 in 7 overs. Skipper Lahiru Thirimanne made an enterprising 61 off 45 deliveries including four boundaries and two sixes while Jeewan Mendis smashed 40 in 14 balls which comprised three boundaries and four sixes as the Crusaders recovered well to post a challenging score of 178.

After four match-days, Colombo Commandoes, Galle Guardians, Hambanthota Troopers and Kurunegala Warriors have qualified for the semi-finals which are scheduled to be played on 3rd February.