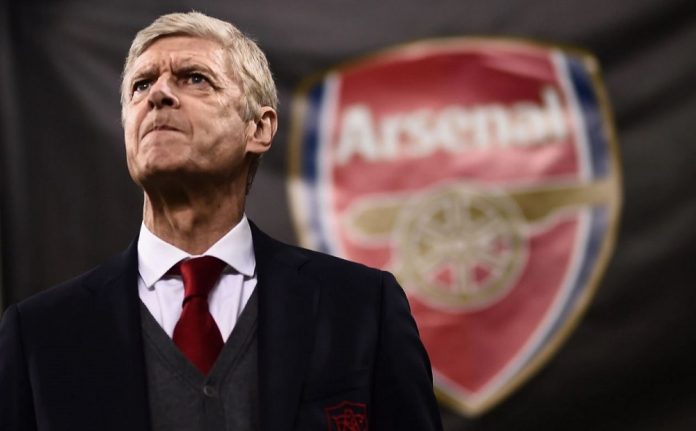 Arsène Wenger will leave Arsenal at the end of the season, bringing to an end a trophy-laden but also increasingly fractious 22-year association between the Frenchman and the club.

Arsenal made the surprise announcement on Friday morning and after Wenger had informed the squad of his decision during training ahead of their home match against West Ham on Sunday. Wenger signed a fresh two-year contract extension last summer and while there was speculation the 68-year-old would leave halfway though that deal, few thought confirmation of that would arrive before the conclusion of the current campaign, especially with a Europa League semi-final against Atlético Madrid to come.

“After careful consideration and following discussions with the club, I feel it is the right time for me to step down at the end of the season,” said Wenger in a statement posted on Arsenal’s website. “I am grateful for having had the privilege to serve the club for so many memorable years.

“I managed the club with full commitment and integrity. I want to thank the staff, the players, the Directors and the fans who make this club so special. I urge our fans to stand behind the team to finish on a high. To all the Arsenal lovers take care of the values of the club. My love and support for ever.”

Wenger was a relative unknown in this country when he was appointed Arsenal’s manager in September 1996. But having led the club to the double in his first full season in charge, he quickly became viewed as a revolutionary figure, introducing sophisticated methods to the preparation and well-being of players as well as tapping into the overseas market to sign relatively unheraled players such as Patrick Vieria and Emmanuel Petit who turned out to be world-class talents and part of one of the most thrilling, eye-catching teams ever seen on these shores.

Another double followed in 2002 before the Invincibles campaign, when Arsenal won the 2003-2004 title without losing a single game. Two years later, Wenger led Arsenal to the Champions League final, which they lost to Barcelona, and that ultimately proved to be the beginning of the end as far as his reputation as one of the leading managerial figures in this country was concerned.

Since 2006, the only trophy Arsenal have won has been the FA Cup, albeit on three occasions, while their displays in the Champions League have become increasingly poor, the nadir being their 10-2 aggregate defeat to Bayern Munich last year. Wenger’s defence of this has, in part, included the financial restrictions he has had to work under as a consequence of Arsenal moving to the Emirates Stadium 12 years ago but this line of reasoning has increasingly worn thin with supporters, especially given Arsenal’s increased financial mite in recent years.

The ire of the fanbase has been stoked by the regular loss of key players, most notably Cesc Fàbregas, Robin van Persie and Alexis Sánchez, alongside the club’s slide down the Premier League. Last season they finished outside of the top four for the first time under Wenger’s reign and this year sit in sixth and just two points ahead of seventh-placed Burnley with five games to go. Arsenal are also the only team in the whole of England not to have collected a single point away from home in 2018.

Wenger has appeared almost completely oblivious to the resentment among an increasing number of Arsenal fans to his ongoing stay at the club – seen, in part, by declining attendances at the Emirates – but Friday’s announcement would suggest he has finally accepted he can no longer take the club forward.

“This is one of the most difficult days we have ever had in all our years in sport,” said Arsenal’s majority shareholder Stan Kroenke in a statement. “One of the main reasons we got involved with Arsenal was because of what Arsene has brought to the club on and off the pitch. His longevity and consistency over such a sustained period at the highest level of the game will never be matched.

“Arsene has unparalleled class and we will always be grateful to him. Everyone who loves Arsenal and everyone who loves football owes him a debt of gratitude. Three Premier League titles, including an entire season unbeaten, seven FA Cup triumphs and 20 successive years in the Champions League is an exceptional record. He has also transformed the identity of our club and of English football with his vision for how the game can be played.”

It truly is the end of an era.