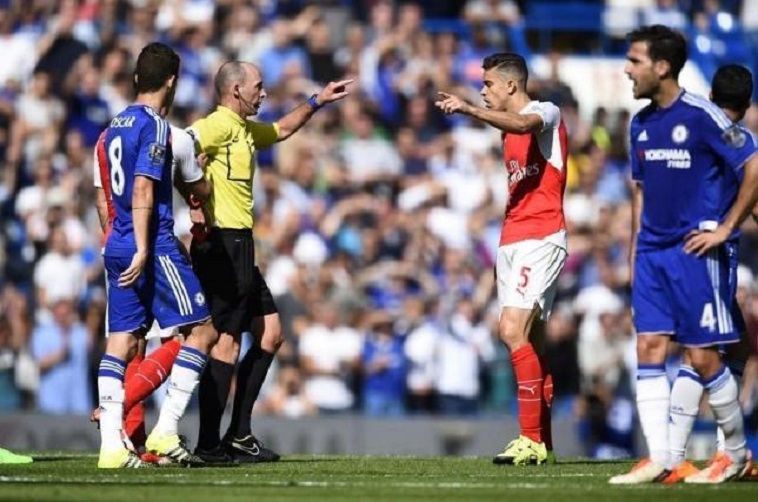 Arsenal defender Gabriel has had his claim of wrongful dismissal in the feisty local derby against Chelsea upheld by the FA, but Chelsea’s Diego Costa has been banned for three matches with immediate effect.

An FA statement on Tuesday said the Spanish international striker was guilty of “violent conduct not seen by the match officials but caught on video”.

Costa got a yellow card for deliberately chest-bumping defender Laurent Koscielny but referee Mike Dean missed him catching the Arsenal defender in the face shortly afterwards.

He will be unavailable for Wednesday’s League Cup third-round tie at Walsall, and the Premier League games at Newcastle United on Saturday and at home to Southampton on Oct. 3.

His sending off at Stamford Bridge for retaliating against Costa was rescinded, although he is still subject to a separate charge of improper conduct for leaving the pitch too slowly.

Both clubs have been charged with failing to control their players.