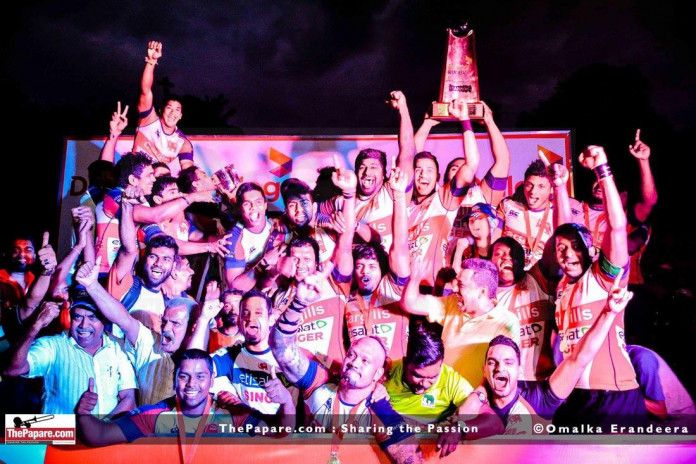 Perhaps the oldest trophy game in Asia, the Clifford Cup was firstly played in 1911 and continued until 1950.

The first match was played between mercantile firms in Colombo and the planters in the hills. From then on it was played as a yearly fixture under the name of the governor of Ceylon during that time, Sir Hugh Clifford.

Defending champions Kandy SC look favourites for this weekend’s clash and for the title. Kandy will be playing against the wooden-spoon team in the Dialog Rugby League which is CH&FC. Kandy will host this game at their home ground Nittawela on Saturday while the semi-final will be played at Pallekele against the winner of Police v Navy. This year, 2 quarter finals, 1 semi-final and the final will be played at the Race Course Grounds.

CR&FC who finished third in the league is set to a fierce battle against the Soldiers on Friday. The Reds had a few injury woes during their last game in the league against the Air Force, which went down to the wire, CR clinching a 19-17 win. Army, in their last game, against Police looked favourites but could not end the season with a win. However, this Friday will be a tester for both teams.

The other game on Saturday would be the Havelocks v Air Force match. Havies finished as the runner-up in the league and they will be looking to meet Kandy in the finals. Air Force played really well in their last league game as a team.

Navy v Police game too will be another cracker. Both teams won one game each in the league against each other and this Sunday we will see who will go to the last four.