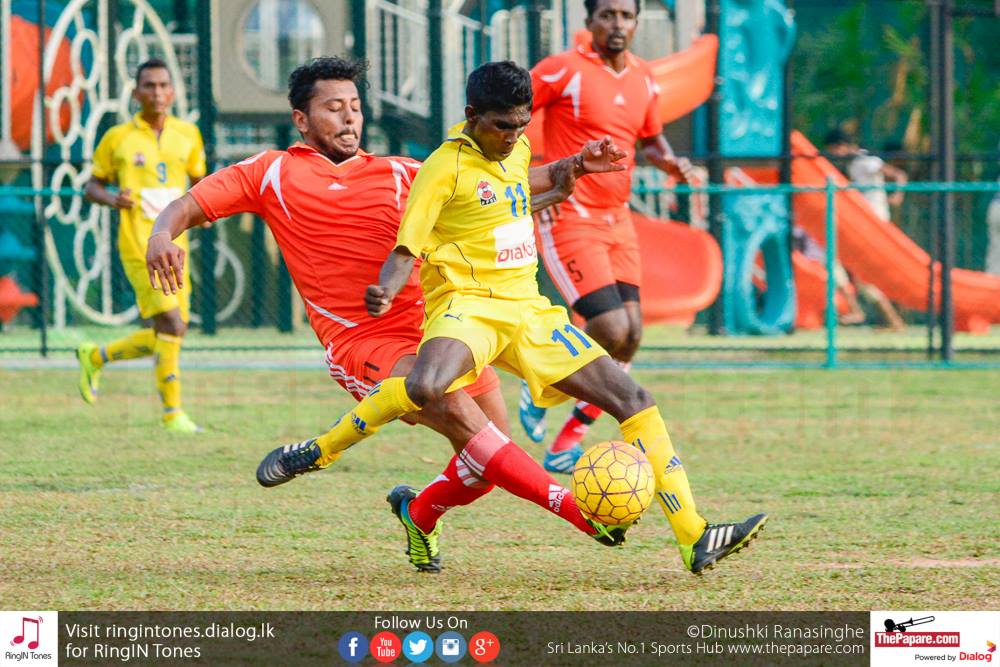 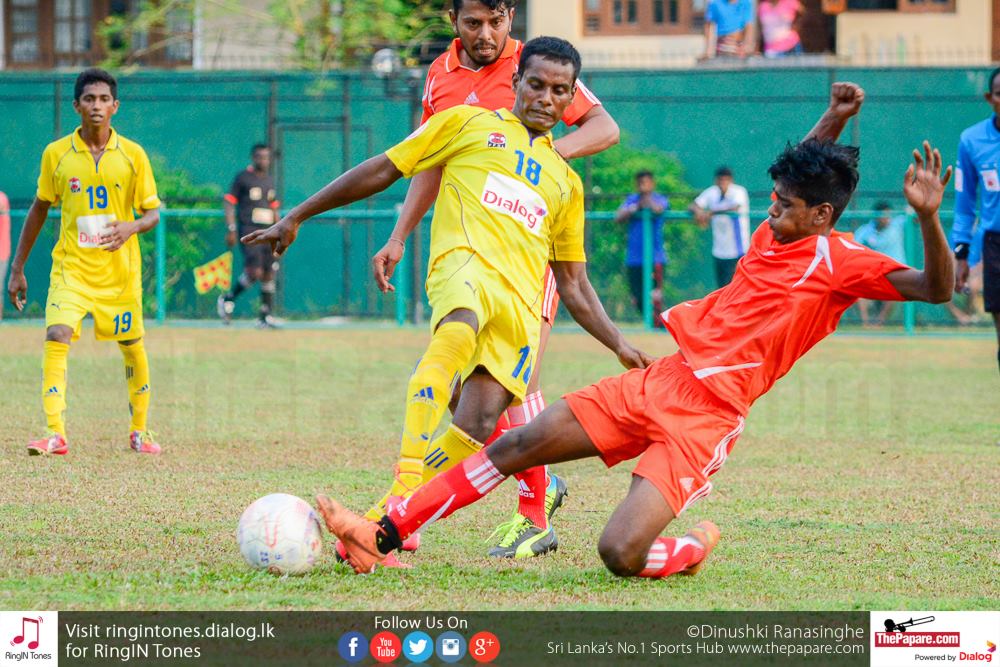 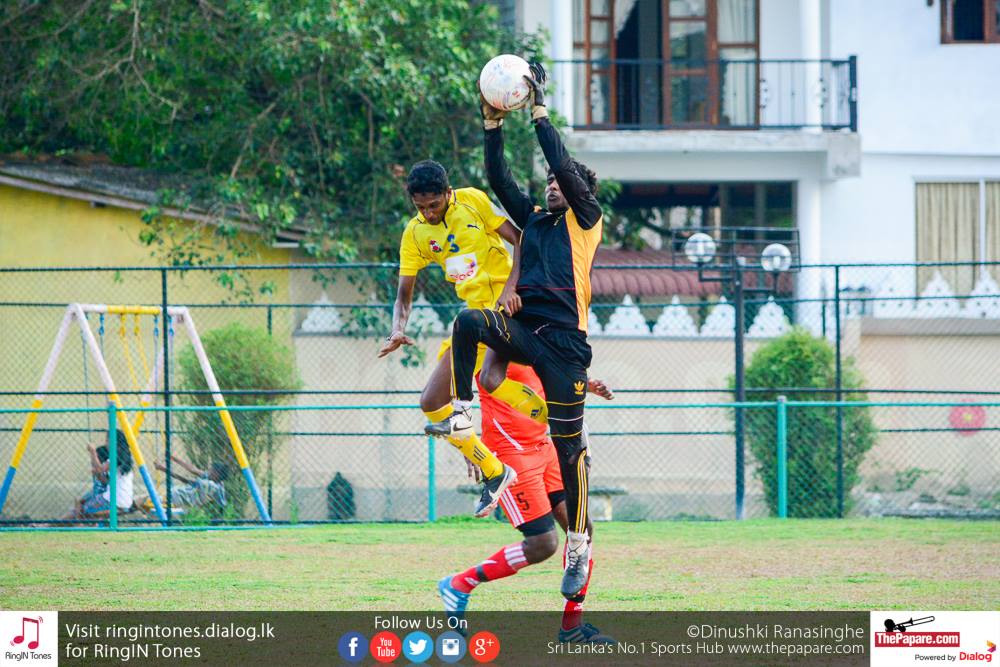 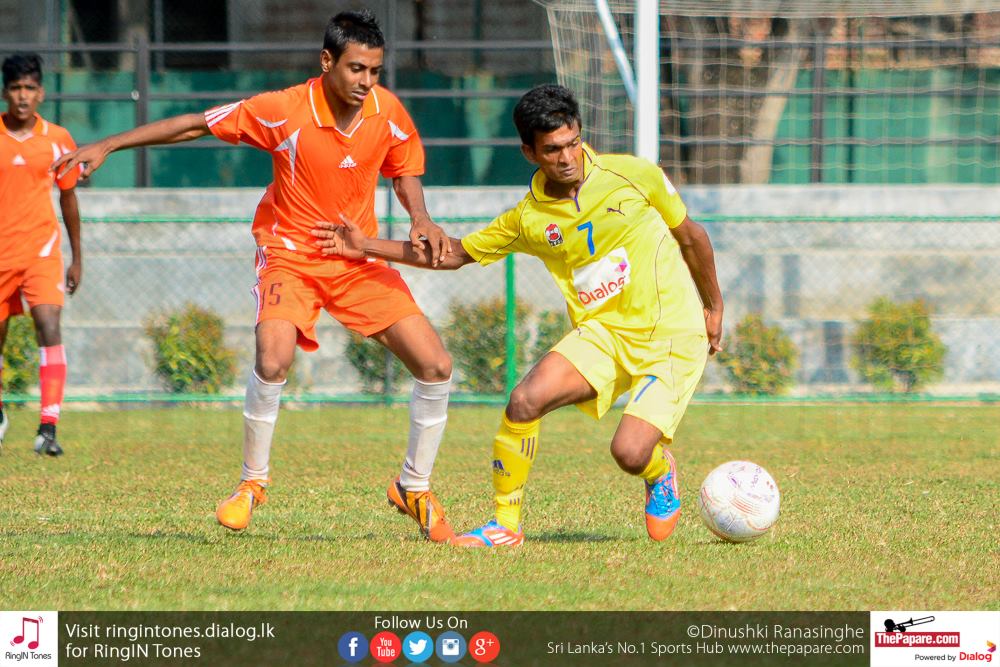 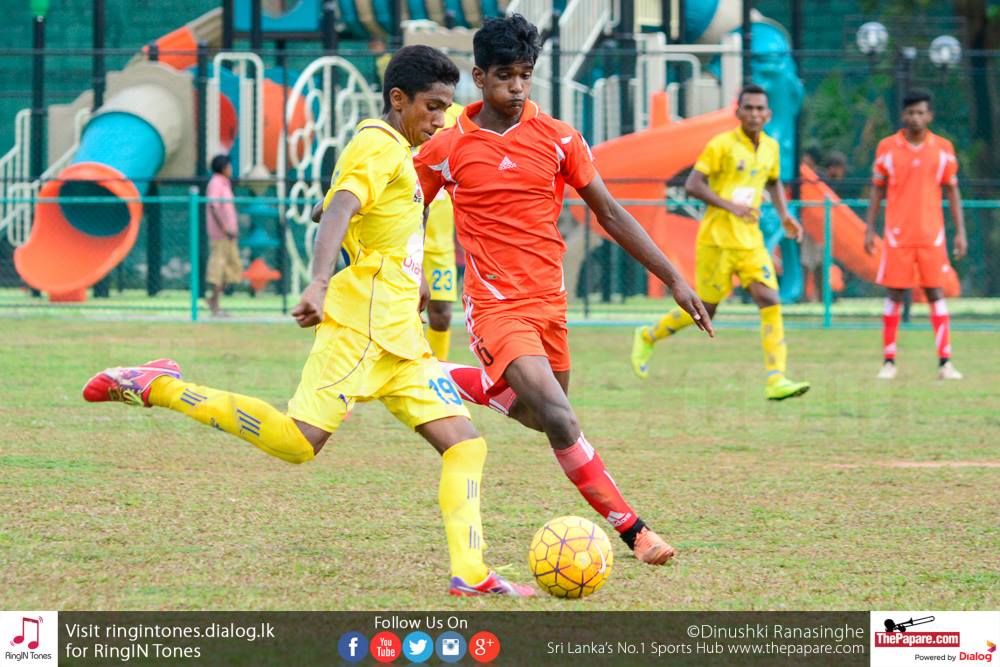 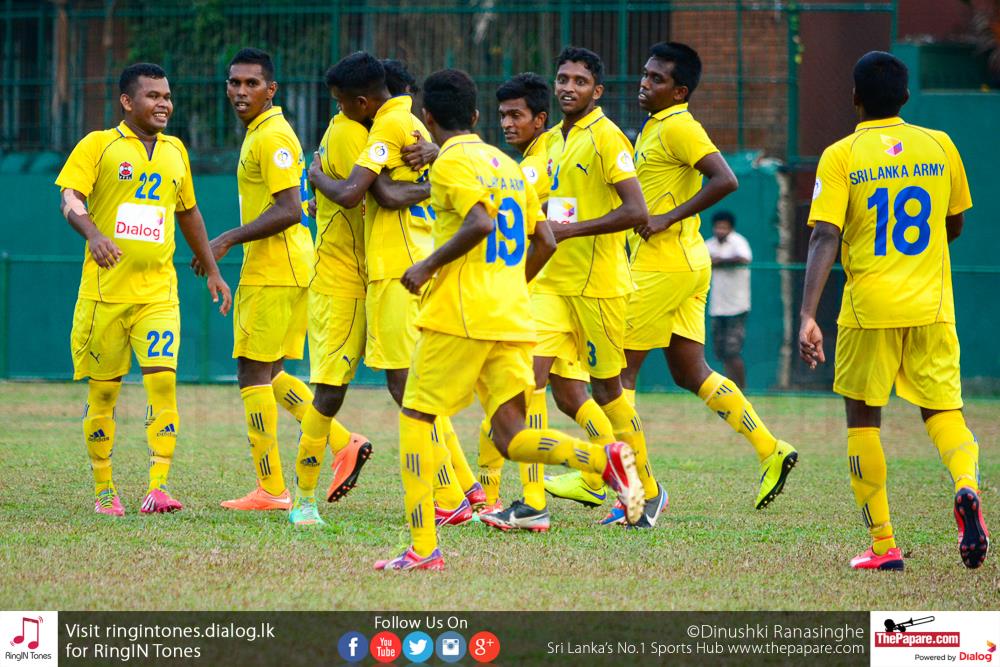 With a strong start into the game, Army gained full momentum leaving no room for error. The first half was mostly if not all, played on the opposition side of the field. They made the boys from Deh-Mt.Lavinia work really hard to keep up, keeping their goalkeeper on his feet the whole 90 minutes.

While the Army team attacked strongly, Deh-Mt.Lavinia FL had one golden opportunity off a corner kick, but goalkeeper Mohamed Ajmal did well to prevent it.

Nuwan Lakmal of Army had some great one on one attacks with Deh-Mt.Lavinia goalkeeper Chamith Jayanath throughout the first half but Chamith did exceptionally well not to concede as Army, though they had attack after attack they went into half time in disappointment as it ended goalless.

Second half looked a little better for Chamith and his team as they were gaining more and more possession of the ball gradually; but this was not a threat to Army as they still reserved control.

Luck was definitely with the Deh-Mt.Lavinia boys’ side today as they did everything in their power to stop the brutal firing from the Army attack line throughout the match.

Honours even between Colombo and Play Ground FL’s

Eventually their luck ran out as Anthon Regee tricked Chamith into charging forward leaving his goal completely abandoned for a few seconds, just enough time for Regee to slip an easy shot on target as Army finally got their breakthrough after 70 minutes of trying.

Another shocking mistake by C.Perera two minutes into stoppage time when he handled the ball while in play and was immediately awarded a yellow card and a penalty for the Army team. Skipper Priyantha Kumara gladly undertook this penalty under his belt and scored with ease.