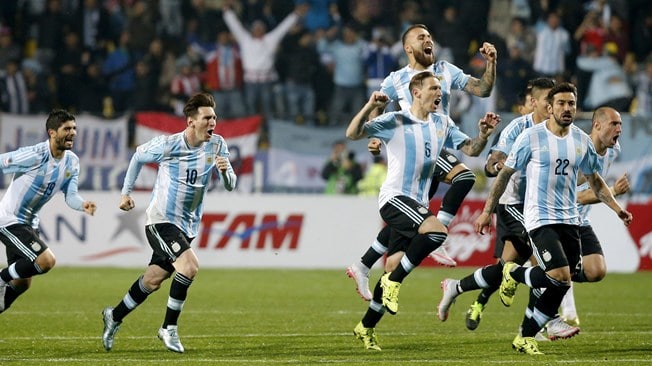 Three straight wins in 2018 World Cup qualifiers helped Argentina return to the summit, five months after they were supplanted by Belgium.

Chile moved up two places from fifth, with Colombia climbing from eighth to fourth and Uruguay moving back into the top 10 as a reward for their strong start to South American qualifying.

FIFA Rankings as of April 7: