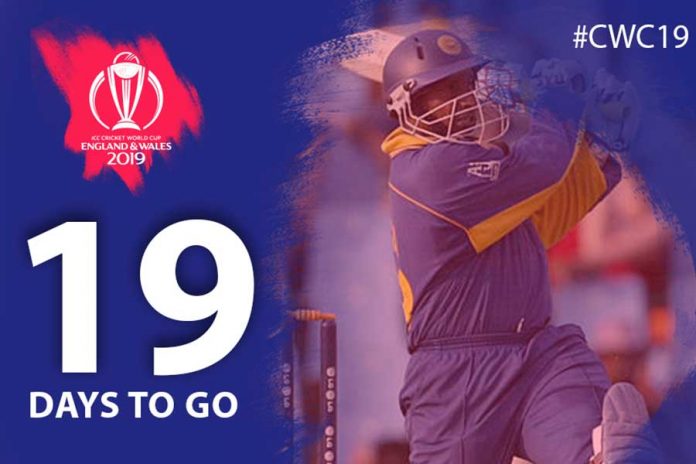 The 2003 World Cup was all about missed opportunities. No doubt Australia were beating sides by massive margins but not that they weren’t vulnerable.

Sri Lanka played them twice in that competition – the Super Six game at Centurion and the semi-final at St. George’s Park in Port Elizabeth. On both occasions, Australia’s star performers gave opportunities which the Sri Lankans failed to hold onto. There were dropped catches and missed stumpings not to forget the comical run out of Aravinda de Silva, the team’s premier batsman.

Australia were world class. No doubt about it, but they lacked the aura of West Indies during their heydays. In big matches against Sri Lanka, they seemed to be carrying some baggage following the 1996 final. The 2002 Champions Trophy semi-final is a case in point. The Aussies could only muster 162 runs batting first and Sri Lanka chased it down with seven wickets to spare. Aravinda was again Man of the Match – not for his batting but his economical bowling. His ten overs cost Sri Lanka just 16 runs.

Centurion is the fastest wicket in South Africa. The richest South Africans chose to live around either Centurion or Cape Town.

World Cup organizers had assumed that the hosts would top their group while Australia would top the other group. The epic clash between the top two teams in the second round was scheduled at Centurion on a holiday. Tickets had been sold out expecting a thrilling contest much before the start of the tournament. Alas! South Africa failed go beyond the first round. Sri Lanka topped the group and hence played the Aussies in the much anticipated clash instead.

Australia posted 319 for five and the total looked beyond Sri Lanka’s reach. Brett Lee then turned up the heat sending down an opening spell that was lightning quick. The Sri Lankans were feeling the heat. Captain Jayasuriya, the team’s highest run getter in the competition was struck by a Lee thunderbolt and was left with a badly bruised forearm and a fractured left thumb. His tournament looked over.

Before the 15th over, Lee had sent back Marvan Atapattu, Mahela Jayawardene and Russel Arnold to reduce Sri Lanka to 48 for four, effectively five with Jayasuriya unable to bat. Then Aravinda produced a fantastic counterattack. All the South African fans who witnessed that knock were in awe as he played amazing strokes on a wicket which was quick and tailormade for the likes of Brett Lee and Glenn McGrath.

Two strokes by Aravinda caught the imagination of the fans. Lee was bowling to a packed leg-side field with the hope that Aravinda would miss-time a hook and will be caught in the deep. A compulsive hooker, Aravinda surprisingly resisted the temptation but instead took on the fielders through other means. First he flicked a full delivery for a six bisecting the long-leg and deep mid-wicket fielders.

Check out the you tube video clip and the memorable words of Richie Benaud. ‘That’s one of the great shots that you will ever see,’ Benaud says and then pauses before saying again. ‘It was a ripper.’

Then Aravinda dispatches another full delivery over long-on. This time Tony Greig is doing commentaries. ‘That’s a huge six.. Take that.  He has smashed that to the longest boundary in the ground. Brett Lee is being smashed all over the Centurion.”

If any knock played in a World Cup deserved a hundred it was this one. The quality of the opposition, a demanding pitch, captain sent to the hospital and top order collapse. It didn’t stop Aravinda from playing his shots. His 92 came off 94 deliveries and there were nine fours and four sixes. Having taken the fast bowlers to the cleaners, a lapse in concentration saw him giving a return catch to Brad Hogg. As he walked off the field, Aravinda was given a standing ovation by the packed house. The South African fans had got their money’s worth.