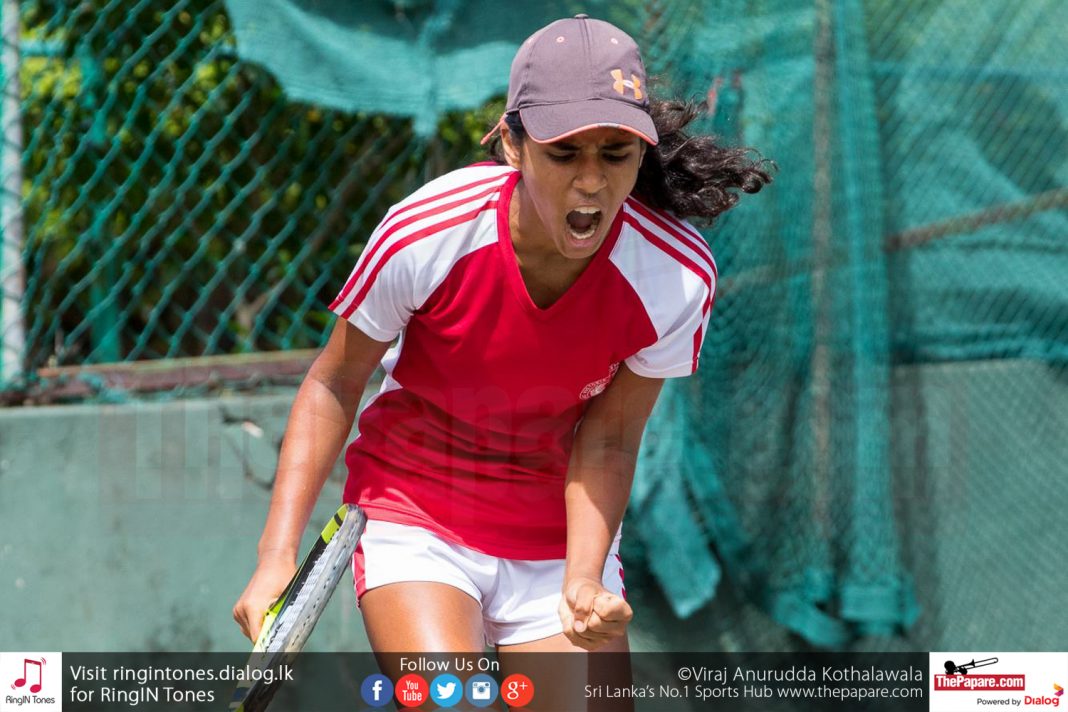 Anika Seneviratne and Sharmal Dissanayake secured their maiden victories at the Asian Games in the Women’s and Men’s Singles categories earlier today (19th Aug). This will be recorded as Sri Lanka’s first victory in any sport at this year’s games.

Seneviratne starting her stint at the Games from the round of 64, secured the victory making it Sri Lanka’s first victory of the games. Her victim, Ariun-Erdene Erdenebileg of Mongolia stood no chance against the Lankan wrath, going down in straight sets – 6/1, 6/2.

The Sri Lankan boys played their first matches at the Asian Games, in the Men’s singles category. Yasitha De Silva faced off against friendly rival Habib Hady of Lebanon. De Silva was tamed from the start, as a 6/2, 6/1 straight set victory takes Habib to the round of 32

Sharmal Dissanayake was faced with Maldivian Fazeel Abdullah in his first-round match. Dissanayake dominated from the get-go to an easy win of 6/0, 6/3 to advance in the tournament.

Sharmal Dissanayake partnered Anjalika Kurera in the Mixed Doubles and faced an unfortunate defeat against Sanjar Fayziev and Akgul Amanmuradova of Uzbekistan. With just a break each in the two sets, the Uzbeks took home victory 6/4, 6/3.

The remaining pair, Yasitha De Silva and Anika Seneviratne too went down in a similar fashion to a pair from Oman. After holding serves till the very last minute, the Oman duo advanced to the quarterfinals, ending the Lankans stint in the Mixed Doubles.