Home Tennis Cataldo gets the better of Dharmasena in Round 1 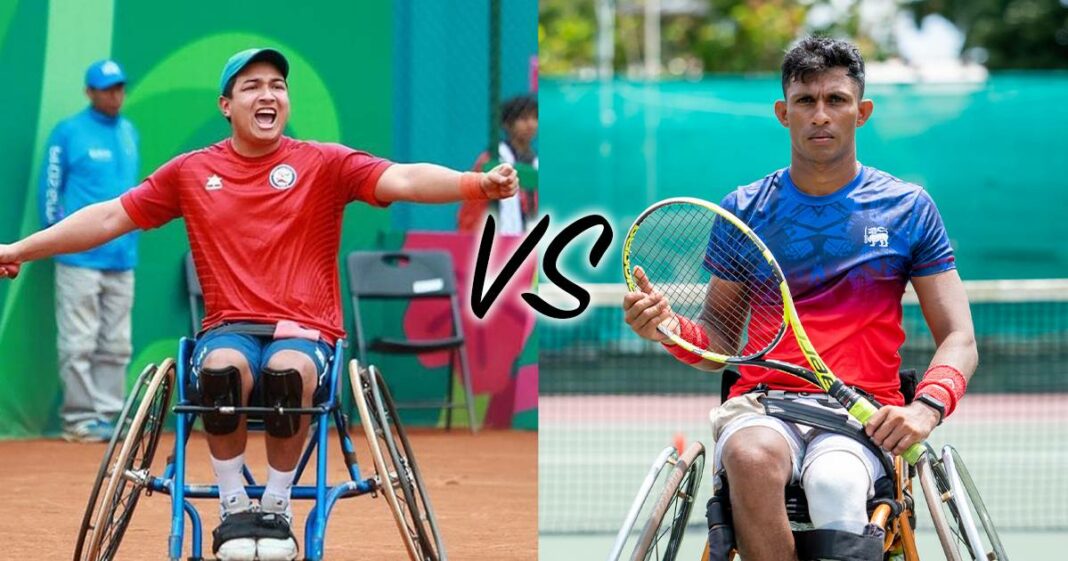 Sri Lanka’s sole competitor in Wheelchair Tennis at the Tokyo 2020 Paralympic Games, Suresh Dharmasena, suffered a disappointing defeat in round 1 of the Men’s Singles against Alexander Cataldo.

Today (27) marked the first day of competition for the Sri Lankan athletes at this years’ Paralympic Games. Dharamasena started his campaign in the bottom half of the draw with his current world ranking of 59.

Alexander Cataldo of Chile, currently ranked 10th in the World faced off against Dharmasena in a delayed two setter to advance to the second round, thereby ending the Lankan’s journey early.

Overall, both players remained close to equal in their 1st serves with Dharmasena edging by 1 ace ahead of Cataldo. However, winning points with the 2nd serve proved to be an issue for Dharmasena winning only 9 out of 17 serves.

The biggest setback was the number of forced errors by Dharmasena, amounting to 26 in total. Dharmasena was seen trying multiple counter tactics as the games progressed, one of them being on the offense at net. 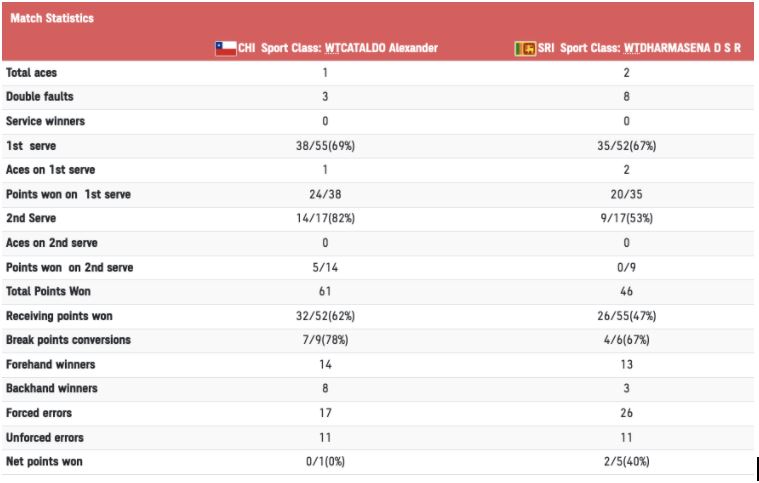 Cataldo finished off with a straight set victory, 6/3, 6/4 with two breaks of serve.