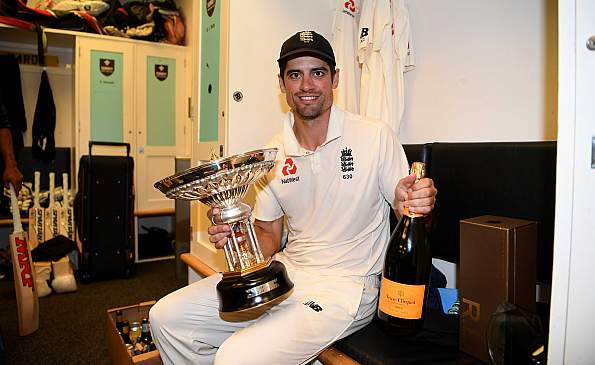 Alastair Cook has received a knighthood for his services to cricket it was announced in the New Year’s honours.

Cook retired earlier this year finishing as England’s highest run-scorer in Tests and the fifth highest overall. The former England captain becomes the first cricketer to receive a knighthood since Sir Ian Botham, who got his for his services to charity in 2007.
It was also announced that former England World Cup winner, Enid Bakewell will receive an MBE in the New Year’s honours. Alvin Kallicharran and Peter Wynne-Thomas have also been recognised with a British Empire medal.