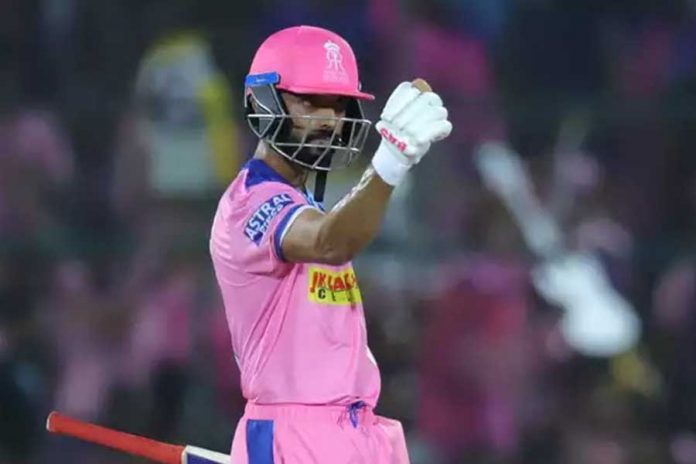 Ajinkya Rahane has been traded to Delhi Capitals, with spinners Mayank Markande and Rahul Tewatia moving in the opposite direction, to Rajasthan Royals.

Rahane played over 100 games for the Royals and represented the Jaipur-based franchise across two stints – between 2011-2015 and again in the 2018 and 2019 seasons.

Rahane is the second high-profile Indian cricketer to move to the Capitals, following R Ashwin’s move from Kings XI Punjab earlier in the window. The Capitals are already well-stocked with top-order Indian cricketers with the likes of Shikhar Dhawan, Prithvi Shaw, Shreyas Iyer and Rishabh Pant occupying top-four slots.

“I am extremely honoured to welcome one of India’s most stellar and consistent batsmen, Ajinkya Rahane, to the DC family. When the franchise underwent a revamp last year, a decision was made to keep Indian players at its core. The result was there for everyone to see, with the likes of Shikhar Dhawan and Ishant Sharma performing brilliantly for us, and complimenting the youth that DC has in Rishabh Pant, Shreyas Iyer and Prithvi Shaw, among others,” Capitals co-owner Parth Jindal said.

“That thought process has continued for us this time around as well, as is evident in the signing of Ravichandran Ashwin, followed by that of Ajinkya Rahane. I am sure Rahane’s wealth of experience, and familiarity with the conditions will help Delhi Capitals go a long way in IPL 2020,” Jindal added.

Last year, Rahane started as captain of the Royals but was sacked midway in favour of Steve Smith. His form improved in the second half of the season, scoring an unbeaten 105 against Capitals, his future team, and ending the season with 393 runs from 14 games.

In all, he has featured in 140 IPL games and led Royals for 24 matches. His 3820 runs have come for Royals, Mumbai Indians and Rising Pune Supergiant.

Incidentally, Markande, one of the two spinners traded to the Royals, had moved from Mumbai Indians to Capitals earlier in this transfer window. The legspinner had represented Mumbai in the last two seasons, claiming 16 wickets from 17 games at an economy of 8.54.

In another trade, Dhawan Kulkarni will move from MI to RR. He played 10 matches for Royals in the last season and was able to manage just six wickets. He has previously played for MI from 2008 to 2013 and has also featured for Gujarat Lions.