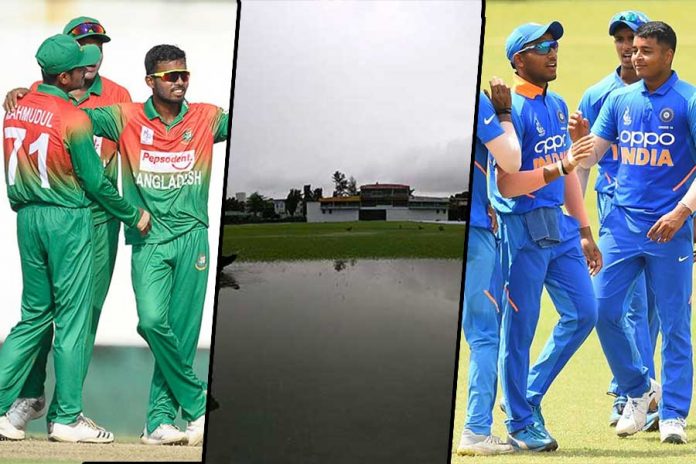 Both Semi-finals of the U19 Asia Cup 2019 were abandoned today, 12th September, due to inclement weather.

India was set to play Sri Lanka at the P. Sara Oval stadium while Bangladesh was gearing up to face Afghanistan at De Soysa Stadium in Moratuwa in the semi-finals of the tourney.

The overnight showers and early morning downpour left Moratuwa an unplayable venue and P. Sara suffered with persistent rain throughout the day, forcing both the games to end without even the coin toss.

Bangladesh tops group B after convincing victory over Sri Lanka

According to the conditions of the tournament the table-toppers of each group were to get the nod to play in the finals in a situation where there is no result produced in the semi-finals.

India and Bangladesh will battle for the ACC U19 Asia Cup trophy on the 14th of September at R. Premadasa International Stadium. With no reserve days available for the tournament, in the event of a washout on the 14th, the trophy will be shared between the finalists.