Home Badminton New Men’s National champ for 2018; Thilini on the hunt for 6th... 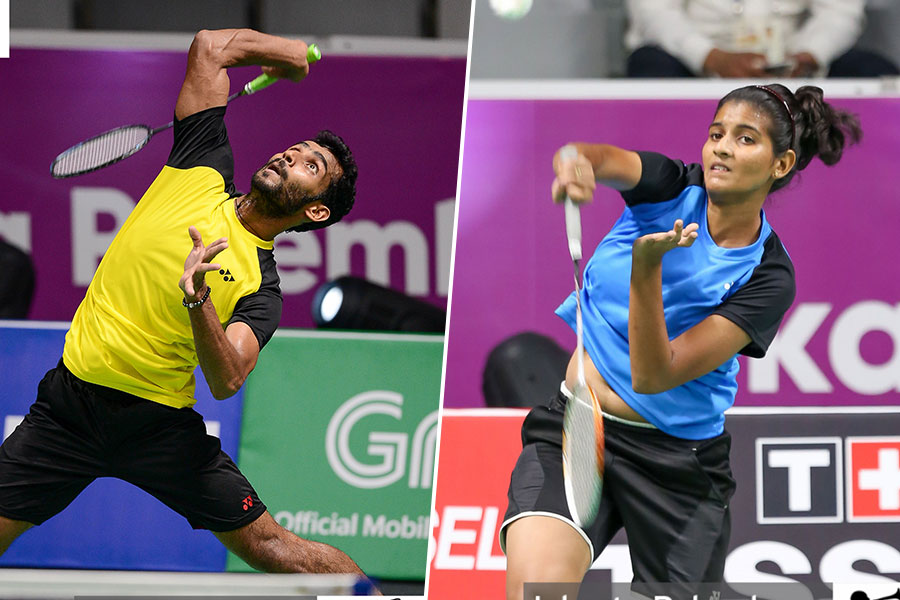 Defending National champion and one of Sri Lanka’s greatest Badminton players, Niluka Karunaratne failed to advance to the semifinals of the Men’s Singles event, after 16 years of reign.

Coming into this year’s competition, Karunaratne was up against young Buwaneka Goonethilleka of Galle in the very first round. Goonethilleka started strong with a nail-biting first set to win with a two-point lead, 24 – 22, putting immediate pressure on the veteran.

Call it experience, Niluka bounced back to level things up winning the second set 22 – 17. In the third and final set, Goonethilleka was leading the defending champion 18 points to 12 when Karunaratne awarded a walk-over to the youngster citing injury.

However, this was the best achievement in Buwaneka’s road to the final. Niluka’s younger brother Dinuka Karunaratne stormed his way through to the final in an epic three-set battle against Goonethilleka this morning.

Dinuka grabbed the first set 21 – 07 only to be broken in the second 13 – 21. In a 21 – 18 final set, Dinuka Karunaratne reached the final scheduled to be played tomorrow, 3rd November against Sasindu Karunathillaka.

Sasindu Karunathillaka defeated Sachin Dias and Diluka Karunaratne in the quarters and semifinals respectively to reach the big finale. Sasindu overcame the semifinal also in a three-setter, 21 – 19, 21 – 23 and 21 – 14.

Check out photos from Day 5!

Joining Hendahewa in the Women’s Semifinal, are Hasara Wijerathne, Dilmi Dias and Kavindi Ishadika. The Men’s and Women’s Semifinals are currently underway at the Royal Indoor Sports Complex.

Stay logged on to ThePapare.com for the final results and photographs of the 66th National Badminton Championship 2018.