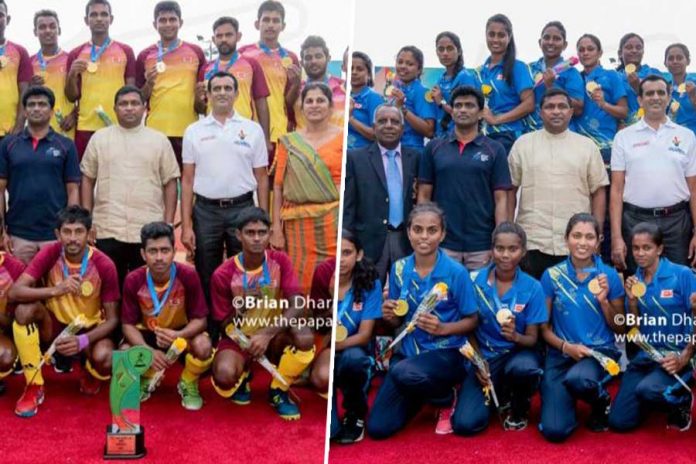 The annual National Sports Festival, which is organized by the Sri Lanka Sports Ministry concluded successfully for the 45th time at the Astro Turf yesterday. The Chief Guest at the closing ceremony was the Governor of the Central Province Honorable Maithri Gunaratne. In both Men’s and Women’s categories the championship was won by Central Province.

In this year’s competition there were nine Men’s teams seven Women’s teams participating in the tournament representing different provinces with over 300 players in this tournament.

The two finals of the Men’s and the Women’s was a recap of  last year’s tournament. The finals in the Women’s category took place between Central and Western Province and Western was beaten by Central with a score of 6-5. In the Men’s final match which took place between Central and Southern Province ended as 8-1 in favour of Central. The Central Men’s team displayed top level hockey and it seems that the Southern team could not control the pressure throughout the game.