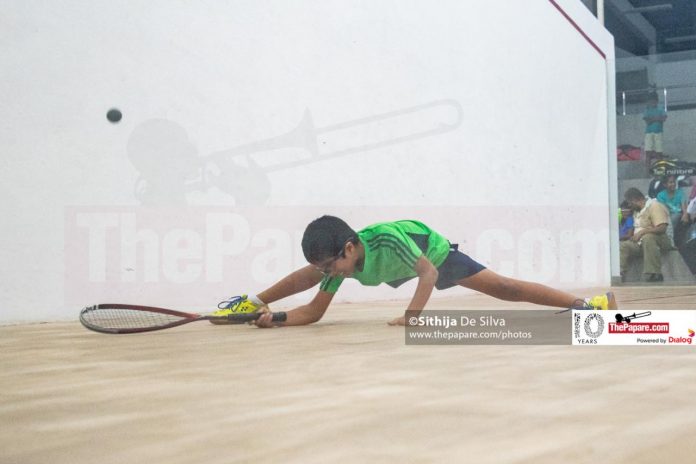 The first semifinal of the Under 15 Boys’ Category was won by A Athapaththu against J. S. Premathilakawhile the second semifinal was won by S.Perera against A.Hatharaliyadda.

The Boys’ under 09 final was won by M. S. Dasanayaka of Gateway College defeating A. G. R. Kiran. Boys Under 11 final, which was played between M. B. B Nanayakkara and the youngster S. A. Dias went to the hands of the former is style. Boys under 13 finals was won by B. P. D. Nilantha with a stunning victory over the H. Coralage. A. Athapaththu won against S.Perera in the under 15 Boys category.

Best events of the day were the two Boys’ under 17 semifinal matches. The first semi final was played between two Dons, M. F. F. Asmon and N. Lakman..Asmon won the tie against his teammate Lakman to advance to the final. The second semi final was won by D. H. T. Randina of Nalanda College against N. S. Karunarathna of Royal College to contest in the final.

The schedule for tomorrow’s final matches