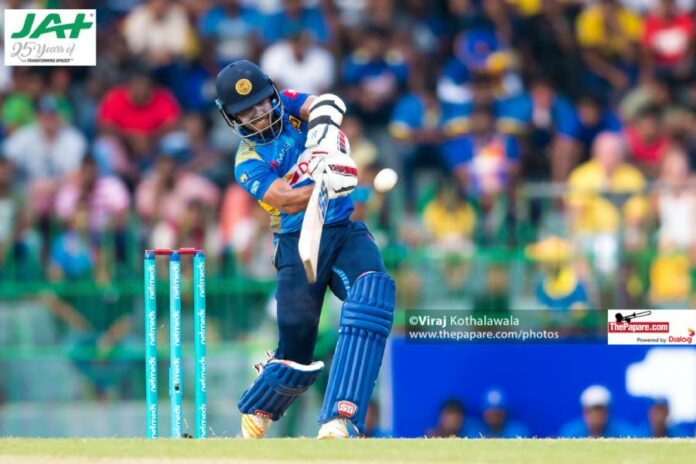 Two games of the Singer-MCA Premier League 2021 were worked off today (27), in which John Keells Holdings and Hayleys PLC recorded wins. Two other games were also worked off over the past weekend.

A headline-grabbing comeback unfolded at the NCC grounds today as the national discard, Kusal Mendis, scored a magnificent hundred for his corporate team, JKH. Mendis was supported by a fellow National star, Bhanuka Rajapaksha, who is also currently sidelined from the national team.

Rajapaksha too played a vital knock of 71 runs in JKH’s merry way to 314 runs in their 50 overs against CDB Finance PLC.

CDB Finance put up a gutsy chase, courtesy Muditha Lakshan. Lakshan, who is just out of school, played a brilliant hand for CDB with 104 runs to his name, even though he was unable to get them over the line. With this hundred, the 20-year-old moved to the top of the most run-scorers table.

Even though they had the luxury of over 300 runs on board, the JKH bowlers were disciplined with their attack which made sure that there was no risk involved. Experienced Ishan Jayaratne was the prime wicket-taker for them with 4 wickets to his name.

A thrilling low-scoring encounter between these two teams resulted in favour of the Hayleys group, as the team brewed out the best from a classic combo of youth and experience.

Veteran off-spinner Dilruwan Perera proved his worth by picking up a fifer for Hayleys, which depleted the CDB batting line-up to the thinnest strings. A 3-wicket haul from the young and exuberant left-arm seamer Kalana Perera meant curtains closed for HNB with just 175 runs on board.

There definitely have been better chases in the game’s history, but this was good enough to make Hayleys the table-toppers. Vishad Randika scored an unbeaten 63 runs as Hayleys won the game with 2 wickets intact.

These four teams played against alternating opponents over the past weekend, 25th April, in which HNB and Hayleys emerged victorious.

Nuwanindu Fernando (69), Lahiru Udara (63) and Sandun Weerakkody (52) scored half-centuries in the two games, while the fast-bowling all-rounder Lahiru Madushanka’s fifer was the pick of the bowling. Young offie Lakshitha Rasanjana also impressed with 4 wickets to his name.