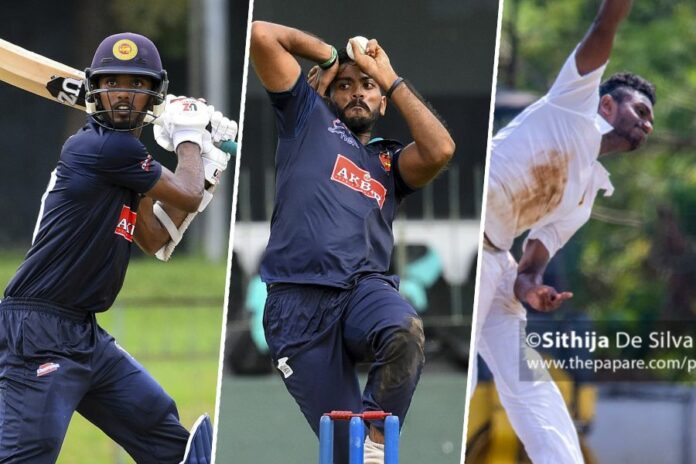 Hayleys PLC defeated CDB Finance PLC with ease while a nail-biting encounter between John Keells Holdings and Hatton National Bank ended in favour of the former today (22) in the Singer-MCA Premier League 2021.

The number three of Hayleys PLC, Nuwanindu Fernando was the pick of the batsmen in today’s games as the tall and lanky right-hander scored a classy 74 runs to ensure the victory of his team.

But, one cannot leave out the gritty knocks from the HNB all-rounder, Chamindu Wijesinghe (45) and veteran, Dilshan Munaweera (47), that almost sealed the deal for HNB. The pair met at the centre when the team needed 100 more runs at 170 for 5 and both scored fighting knocks to take them as close as possible for the target. Especially the young and energetic Chamindu shepherded the tail quite well as they fell just 9 runs short of the mark.

CDB’s left-arm spinner, Tharindu Rathnayaka, was the leader of the bowling card for the day with a fifer to his name. He fought single-handedly against the high-riding Hayleys batting line-up just to end up on the losing side.

LPL fame, Dhananjaya Lakshan was the man at the second block of the podium with 4 scalps for merits.

Hayleys seamers, the lethal Kalana Perera and crafty Kavishka Anjula, too had a magnificent outing with the ball as they dismantled the CDB outfit upfront. Both the seamers picked up 3 wickets each.