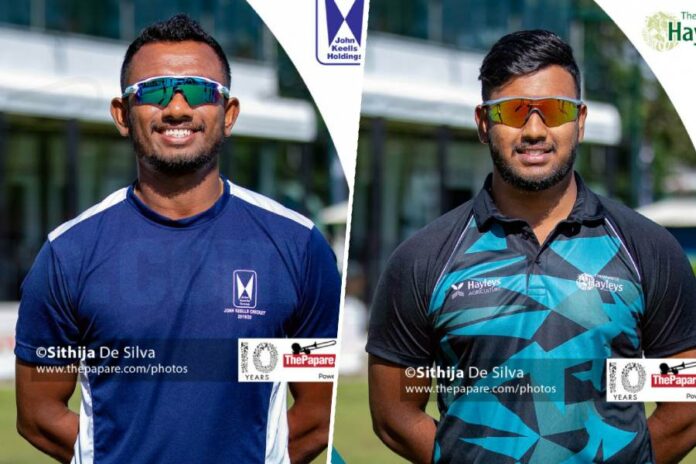 In the two games of the Singer-MCA Premier League 2021 that were played on the 20th of April 2021, Hayleys PLC and CDB Finance PLC recorded wins against Hatton National Bank and John Keells Holdings respectively.

For Hayleys, skipper Avishka Fernando scored a quickfire 39 runs with 5 fours and 2 sixes in his knock.

Batting first, HNB only managed 132 runs as they were wrapped inside 32 overs. The left-arm spinning duo, Chathuranga de Silva and Prabath Jayasuriya were the major wreckers for  Hayleys. Both spinners picked up 4 wickets apiece.

De Silva also made an unbeaten 32 with the bat proving all his worth in white-ball cricket.

Vastly experienced Ishan Jayaratne was the star of the other match played on the same day. Jayaratne scored an unbeaten 63 runs to start his season with a bang.

John Keells decided to bat first after calling the coin right and posted 189 runs on a low-scoring day.

In bowling, Tharindu Rathnayake and Lahiru Madushanka bagged 3 wickets each for Hayleys. But, the spotlight for bowling was snitched away by Chamikara Edirisinghe who picked up 4 scalps for 28 runs in the second innings of the game.

CDB had a bit of a shaky start but ultimately went past the target quite comfortably.