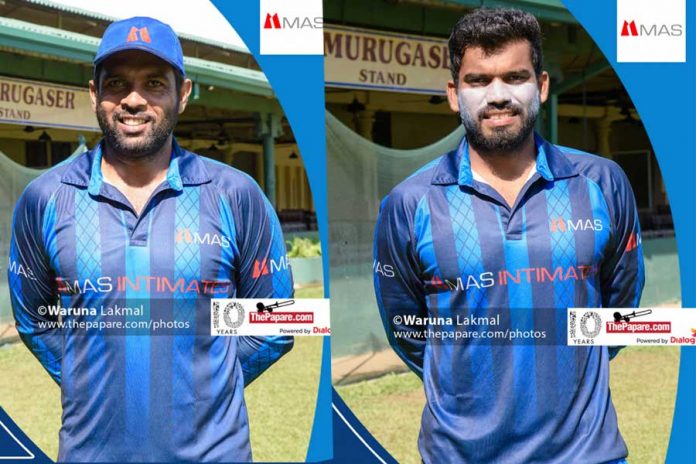 MAS Unichela booked their place in the final of the MCA Premier Knockout Tournament scheduled for Saturday(23) at the MCA grounds in Colombo, when they comprehensively defeated Sampath Bank by 7 wickets at the NCC.

After being sent into bat first, Sampath ran into early trouble as national cap Lahiru Madushanka bowled an impressive spell of swing bowling, before ending with top figures of 3/18. He was well aided by TM Dilshan who opened the bowling and chipped in with a crucial top order wicket, while fast bowler Lahiru Jayaratne also made a vital breakthrough.

Right-arm off spinner Dilruwan Perera took matters into his own hands from there on, as he ran through the lower middle order in no time to end with figures of 3/19 as Sampath Bank were bowled out for 108 in the 32nd over.

Jeewan Mendis was the only man to provide any sort of resistance with his high tempo 27 runs, but none of the batsmen could cope against the collective effort with the ball from the Unichela boys.

Unichela seemed to be in a rush to celebrate their win as they raced home in just 13.2 overs and 7 wickets to spare. Dilshan’s brother TM Sampath went berserk as he struck five huge sixes in his 46, while Mahela Udawatte hit three massive blows in his unbeaten 26*. Most of the Sampath bowlers were taken to the cleaners but Vishwa Fernando bowled impressively to capture 2/27 off his six overs.

LB Finance beat JKH by 9 wickets in the first semi-final and will now meet MAS Unichela on Saturday, 23rd of November. MAS Silueta who are in the B division this year were the champions last season with DIMO finishing as runners-up.