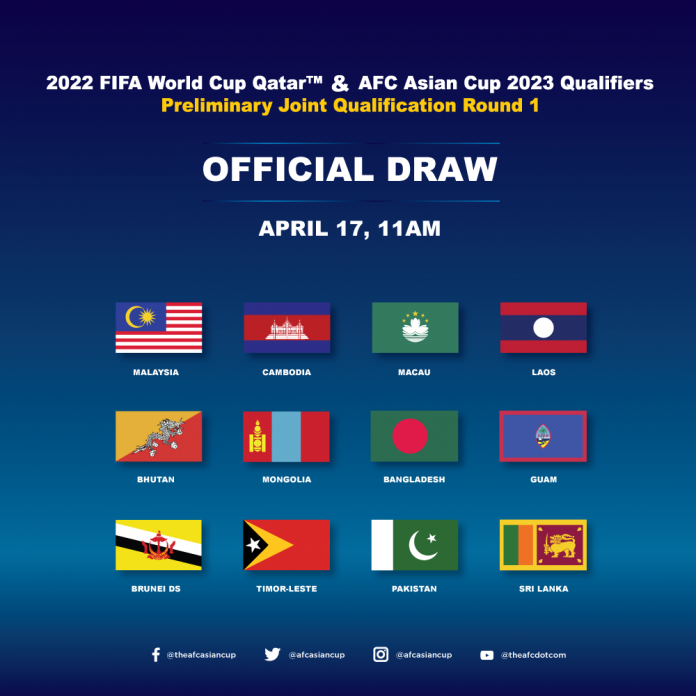 The Asian Football Confederation (AFC) first round draw of the 2022 FIFA World Cup Qualification will be held on 17th April at the AFC House in Kuala Lumpur, Malaysia.

All 210 remaining FIFA member associations are eligible to enter the qualifying process.

The allocation of slots for each confederation was discussed by the FIFA Executive Committee on 30th May 2015 in Zurich after the FIFA Congress. The committee decided that the same allocation as 2006 would be kept for the 2010, 2014, 2018 and 2022 tournaments.

For the AFC, apart from Qatar, who qualified automatically as hosts, a total of 4.5 slots (4 direct slots and 1 inter-confederation play-off slot) in the final tournament, will be available.

The qualification process will involve four rounds, where the first two will double as the qualification for the 2023 AFC Asian Cup. Therefore, Qatar, the 2022 FIFA World Cup host, will participate in these first two rounds of qualifying.

The qualification structure is as follows; 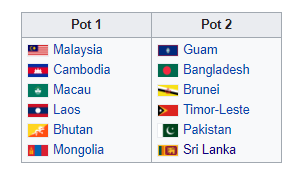 Sri Lanka, FIFA ranked 202nd, will start their World Cup qualification from the first round as they are ranked 46th and last in the AFC. The 12 teams are divided into two pots of six (according to their world ranking) where pot 1 team will be drawn against a team from pot 2.

Back in 2015, for the 2018 FIFA World Cup Qualifiers, Sri Lanka had to go through the first round. The then world ranked 172nd Sri Lanka were drawn against Bhutan, ranked 209th and last in the world. Surprisingly, Sri Lanka lost their home leg 1-0 and the away leg 2-1 making headlines around the world.

This time around Sri Lanka will meet either Malaysia, Cambodia, Macau, Laos, Bhutan or Mongolia. Sri Lanka last met Cambodia back in 2016 in a friendly encounter where Cambodia thumped the Lions 4-0.

Most recently in 2018, Sri Lanka played against Malaysia in Colombo where the visitors hammered late goals to win 4-1.