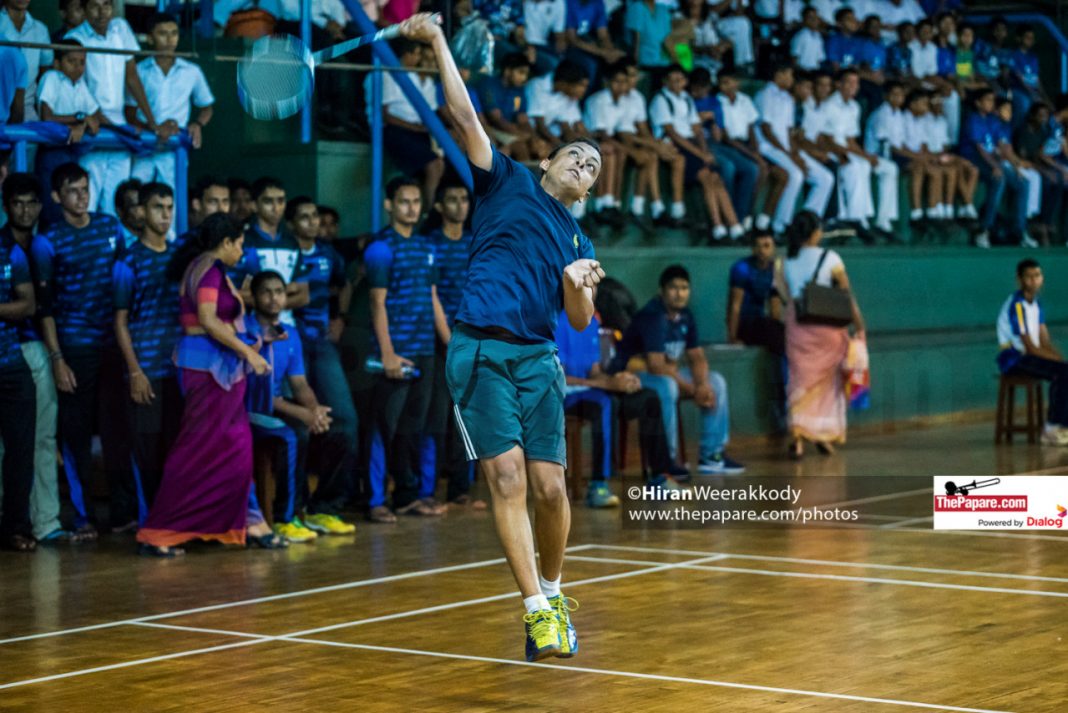 Royal beat S. Thomas’ by 3 matches to 1 in the Under 20 tie to retain the Ranil Wijesekera Memorial Challenge Trophy.

The Royalists have been dominant in the recent past, winning continuously since 2012. The Royalists were Captained by Nethula Liyanage, with Kavith Jayasuriya as his deputy & the teams were coached by Mr. Harsha Hettiarachchi & Mr. Mahesh Padmakumara. The Thomians were led by Lashan Mendis with Sachintha Pilapitiya as his deputy.

The event organized by the Advisory and Management Committee of the RCU, was graced by several past players, invitees and parents, with former Royal Badminton Captain Mr. Dushy Perera being present as the Chief Guest, and Former Captain and National player Mr. Niranjan Wijesekera being the guest of honour.

Royal shuttlers out for their 8th consecutive win