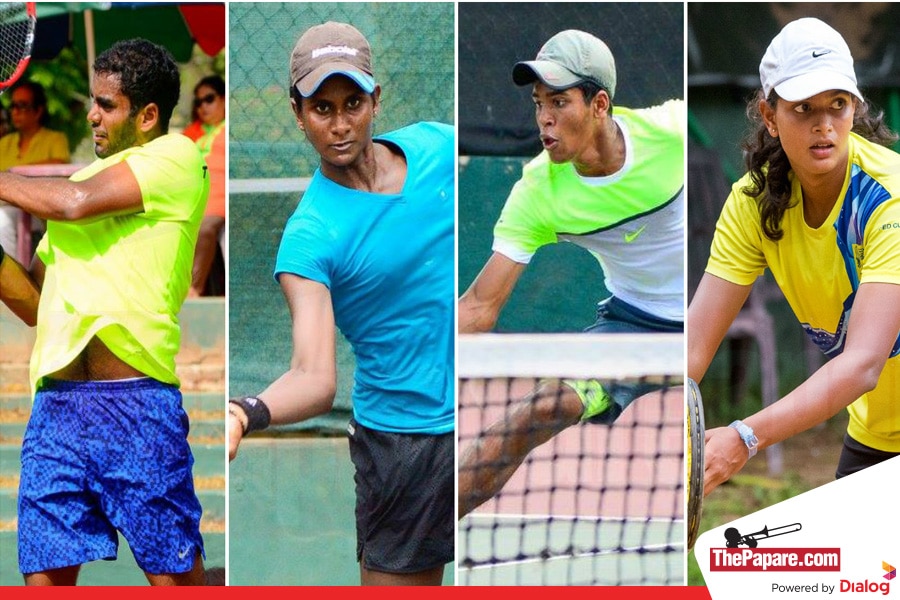 After three weeks of exciting action, the 101st edition of the Sri Lanka Tennis National Championship came to a close yesterday with the country having a new national Men’s champion as Sharmal Dissanayake took the honours on the final day of competition.

A total of 35 events took place during the three-week duration and ThePapare takes a look at the top performers of the championship and how the silverware was distributed. 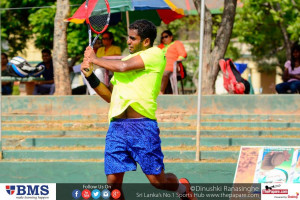 Sharmal Dissanayake became Sri Lanka’s new national champion following in the footsteps of Dineshkanthan Thangarajah after he defeated Yasitha De Silva in a closely contested final. Sharmal ended up in second place last year in the national race and now will finally have his name embossed on to the national winner’s leaderboard. 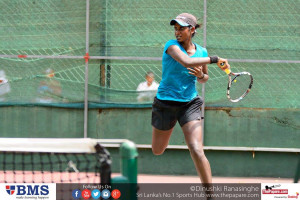 Thisuri Molligoda made her way to her second successive national title defeating Nethmi Waduge in the final. The nineteen-year-old Molligoda, who had a brief stint away from the courts, came back strong to defeat the top-seeded Nethmi Waduge to win the coveted title. 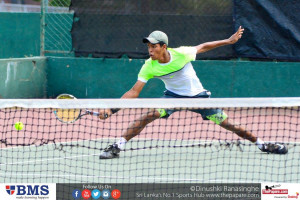 The Thomian tennis prospect Avindra Perera retained his under 18 Boys’ Singles title for the second successive year after defeating Aadavan Pushparaj 7-5, 6-4 in the finals. The Thomian had a clean run in the entire competition winning all his ties outright. Aadavan Pusparaj of Colombo International School finished second in the under 18 division while Archana Lokuge and Udayachandran Srinath shared third place honours. 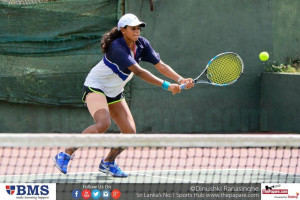 Sri Lanka Fed Cup player Medhira Samarasinghe won back her under 18 title defeating 15-year-old Anika Seneviratne after a close encounter. Seneviratne took Samarasinghe by surprise to win the 1st set 6-3 but the experience counted for Medhira as she went on to dominate the next two sets to win them 6-2, 6-1.

The Sanka Atukorale-Yasitha De Silva pair has been the most successful doubles pair in this season as the duo went on to defeat the Ashiq brothers of Pakistan to win the national Men’s Open Doubles title. The Ashiq brothers; Heera and Tanvir raced to a 6-1 win in the first set but the Lankan lads fought back in the next three sets 6-2, 6-4, 6-4 to come out on top. 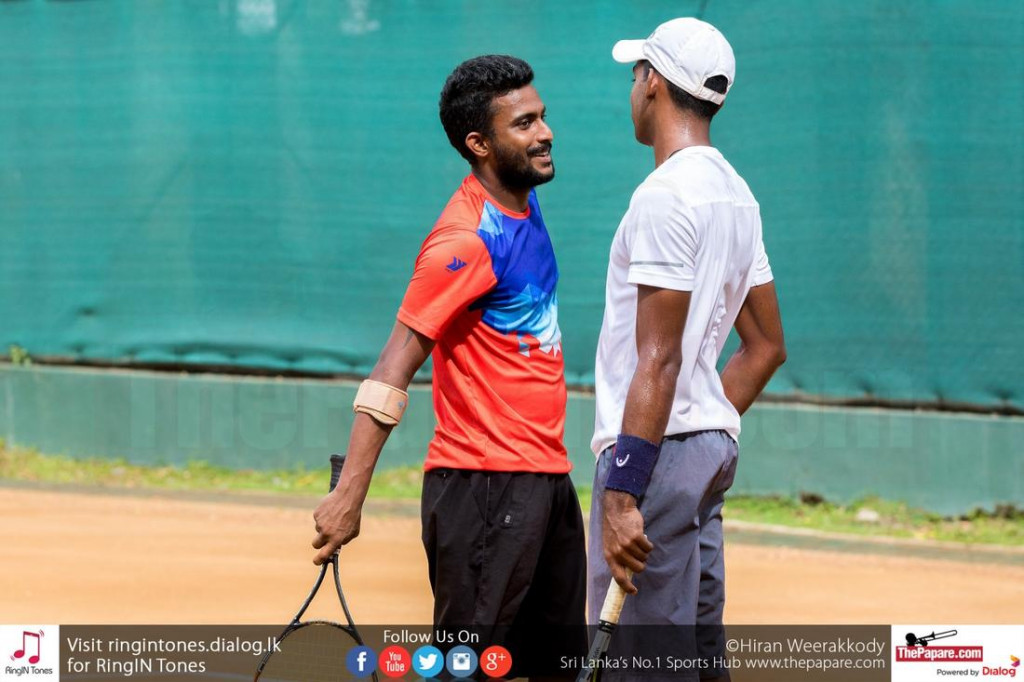 The veteran national champion Amritha Muttiah went on to continue her winning spree and the 18-year-old Medhira Samarasinghe took home her second title in the tournament. 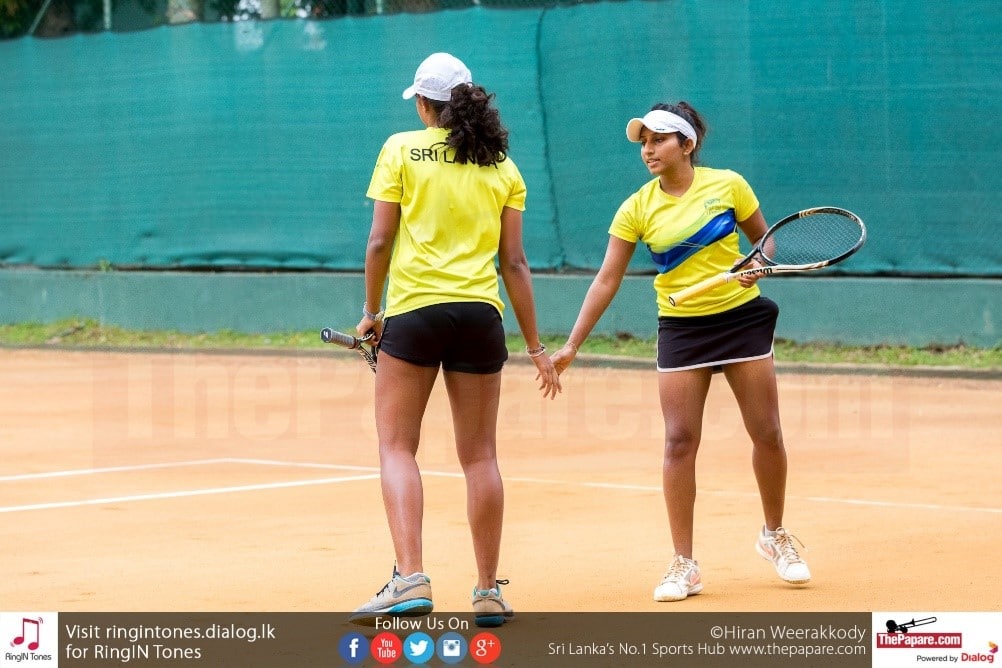 The four-time defending champion Dineshkanthan Thangarajah teamed up with up and coming player Anika Seneviratne in the mixed-doubles category to win the Mixed Doubles title defeating the Heera Ashiq-Nethmi Waduge combination. The pair won the encounter 6-2, 7-5. 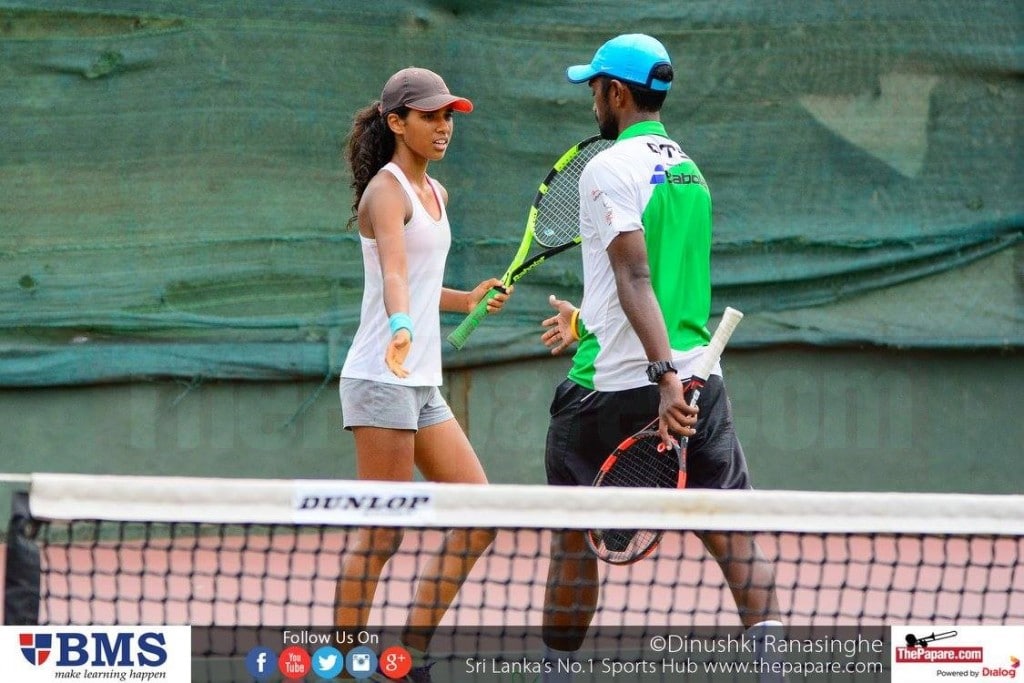